P Is For Personality

My husband and I went to the same small, Catholic high school.  As juniors in Religion class, we each took the Myers Briggs personality test.  It was no shock when the results came back.

In other words, exact opposites.

I recently looked up the "definition" of ISTJ, and found that my husband has only become more ISTJ, if that is even possible.  He and I went through the list, and every single item described him.  If you want to know my husband, you can read it, but basically it says he is fact and goal driven, dependable, not naturally in tune with his own or other's feelings, extremely loyal with a strong sense of duty, and puts tremendous amounts of energy into tasks he sees as important, while resisting putting any energy into a task which makes no sense to him.

And then there is me.  As an ENFP, I am an intense individual with highly evolved values, a risk-taker, happy except when confined to strict schedules, have a need to maintain control over myself but do not believe in controlling others, good at most things that interest me, and love life, seeing it as a special gift to make the most of.

Let me illustrate our differences.

When Hubby was 13 and a half, he was getting his Eagle Scout.  Normally, boys don't reach this level until they are 16-18. 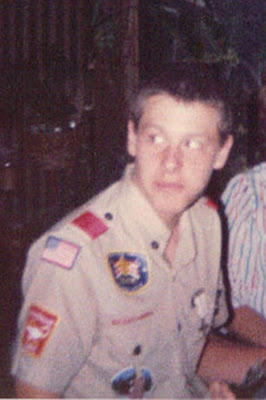 When I was 13, I was trying, and failing, to look like Dorothy Hammill. 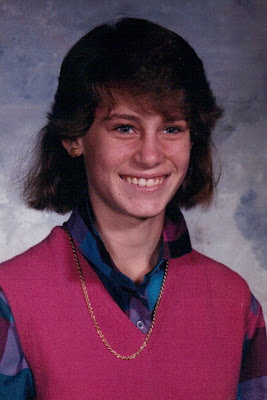 I always enjoyed taking care of kids, so I had a long list of people who called me to babysit their children.

Hubby had to watch his little brother one time.  When his brother continued to annoy him, Hubby tied the little brother into his crib, so Hubby could play ColecoVision in peace.

I ran track because I was good at it.  When I ran, I ran sprints.  You hardly have time to think, let alone get bored, in a 100m dash.

Hubby has run marathons.  He has done both an Endurathon and a full Ironman triathalon.  He was even crazy enough to complete a 100km (55 mile) race.  On his feet.  He didn't do these things because he is good at them.  He's not.  Many, many years ago, he set a goal to do an Ironman.  So he did.

Hubby has known his entire life that he wanted to be an attorney.  He had to work ridiculously hard, paying for all of his schooling by himself, in order to reach that goal.  Not only did he reach it, he graduated from law school #1 in his class and had his pick of firms for which to work.  He has done the exact same job for the last 14 years and likes it so much he has no desire to do anything else.

I became a teacher, mostly because I didn't put much thought into anything else.  I only looked at two colleges; the two from which the coaches were calling me to run on their track teams.  Never have I stayed in one job for more than 2 years.  Never having taken a photography class or even reading a book about photography, I opened a photography business.  A few years later, I officially closed the photography business. I currently teach preschool one morning a week, and I get annoyed that I have to follow the preschool schedule.

When taking a child on his individual trip, Hubby plans everything out well in advance, knowing their itinerary for the weekend before stepping on the plane.

When I take a child on a trip, I will go over some possibilities with the child a few days before we leave, but make no definitive plans.  We decide as the trip progresses.

Some may wonder how our marriage works, seeing as how we have such different personalities.  I find it to be working smashingly well.

I can hop from job to job and go with the flow because I know Hubby is always there to be the dependable rock of planning and income.

Hubby can be safe in his out of tuneness to feelings, because I am always there to call him out when he is being too harsh on or critical of himself or others.

About 5 years ago, my book club had a psychic come to our meeting, and she gave us individual readings.  She made a point of telling me that my husband (whom she had never met, and I had never mentioned to her) had a tendency to be cold.  (I laughed, because I call him that all the time.)  She continued by saying he needs me.  He needs me to get him to see the colors instead of the black and white he lives in.  He needs me to pull him out of his facts and goals and encourage him to have some fun.  He needs me to make him relax and enjoy all that we have.

She didn't tell me anything I didn't already know.

But she failed to finish the thought.

She failed to tell me that I need him just as much as he needs me.

I need him to be on my case so I finish tasks that I don't feel like doing.  I need him to reel me in when my people-personness spins out of control.  I need him to plan our retirement, so we don't end up living in a van down by the river.  I need him to caution me and point out the pitfalls when I start out on another endeavor without any plans.

On paper, we seem to be a terrible match.  In reality, we are perfectly perfect.

Most of the time.

Just don't bring up the new kitchen when he's around.  It would fall into the "makes no sense to him" category, and he is fully in touch with those feelings.

Have you ever taken the Myers Briggs or any other personality test?  Do you agree with the results?  If you are married, does he/she match your personality?

Email ThisBlogThis!Share to TwitterShare to FacebookShare to Pinterest
Labels: a to z challenge, Hubby