When I Said I'd Check In, I Didn't Think It Would Be Six Months Later

"TURKEN!" was all I could get out before we hit the gigantic rock and the canoe started tipping.

Bags and clothing and paddles started floating down the river.

Cuckoo was nowhere to be found.

He must be under the canoe...

Oh God, please let him be in the air pocket...

With superhuman mom strength, I flipped that water-filled canoe back over all by myself.

There was Cuckoo. On his back. Arms and legs pushing on the wooden slats across the canoe to keep him in. A bit of a shocked smile on his face.

And then I heard from Turken...

A couple of hours before, we (Bryan and the little boys in the canoe, the big kids and I in our own kayaks) had come across a couple who had unfortunately gotten stuck on a rock. Their canoe was sinking fast and their belongings were floating away. Bryan stopped to help them while I got the big kids paddling around collecting their shoes and paddles.

Once they were back on track, we continued our way down river.

A while later we stopped on the bank for a snack and water break. I asked Bryan if he wanted to switch, since we all know that kayaking is way more fun than canoeing. The little boys said it was a bit boring to be the kid in the middle of the canoe who didn't get to paddle. I replied, "Well, when I take over the canoe, I'm sure things will be more exciting."

It was a joke.

I was a bit worried.

The river had some really shallow bits and some mini rapids every once in a while.

Steering a canoe isn't actually a specialty of mine.

But seriously, hundreds of people canoe down this river every week. And many of them do it while drinking copious amounts of beer. Surely I could handle it!

We resumed our trip down river, and only a few minutes in we saw a nice water bottle bobbing in the water. I managed to steer the canoe over, and Turken snagged it. We assumed it belonged to the couple we saved, so we kept it in our canoe in case we saw them later.

A mere 5 minutes later, Giant rowed up next to me.

He was holding a can.

A can of beer.

With a smirk, he said, "When we land, the first drink is on me."

Apparently the couple was drinking something harder than just the water we had retrieved.

Seeing as how he's only 14, I took the beer and stuck it in the canoe so he wouldn't get caught and I wouldn't get arrested.

So when my spotter, Turken, failed to spot the gigantic rock coming out to grab us, and we rolled right over, the first thing he saw that needed saved was not his missing brother. It was not his shirt he had taken off earlier. It was not the seat cushion we had brought to keep his tush from getting sore.

He thought it was most important to swim over and SAVE THE BEER!

Once it was emptied, Bryan went back to paddling the canoe, while I took the kayak to the finish.

As we went, I asked the teens if they saw the tip happen.

Buttercup still couldn't laugh about it. She had seen that Cuckoo was missing for a nanosecond and was scared to death.

Giant and Star, not so much.

They, too, had each hit the rock, but in a kayak, recovering is pretty easy. They just Matrixed around it and went on their way.

They each thought to themselves, "Oh, Mom is gonna hit that."

Both of them turned to watch me hit the rock.

Neither one of them yelled, "Hey Mom, there's a GIGANTIC ROCK HIDING THERE WAITING TO TAKE YOU OUT!!"

It's way funnier to watch Mom hit the rock.

So, in case you were wondering what we at the coop have been up to, now you know.

It's pretty much the same as always.

Except everything is different, too.

At the end of January, my mom was diagnosed with ovarian cancer.

Because of the heart stents and massive radiation to beat the cervical cancer she had 7 years ago, treatment was tricky.

I was back and forth between Kentucky and Indiana helping to take care of her after chemo treatments. I was calling every day, making sure she was eating and drinking and taking medication. So much of my mental capacity was taken up by worry for my mom.

One early morning in May, she was awoken by an angel in the form of a man banging on her front door in the middle of a storm.

Her house had been hit by lightning, and her entire roof was engulfed in flames.

She was sicker than sick and was without a house.

A few weeks later she was given a clean bill of cancer health. Chemo worked!

But without a home and not being recovered enough to live on her own (insurance would pay for her to live in a suite-type hotel), she came to live with us.

For a month and a half, we got to have her.

We miss her something awful.

But it's tempered by the knowledge that she's still alive and we can talk to her anytime we want and we'll visit with her often.

And through it all, we still had sports and school and doctor appointments and prom and subbing and tons of other normal, everyday things that take up time.

AND Pheonix graduated from high school!!

In a mere 16 days he will be moving into his dorm in Cincinnati.

This momma is having a hard time with that fact.

While the rest of us were canoeing and kayaking, he was in Detroit with friends.

He got back at 4:30 today, then was heading out to go to Mass with one of the friends with whom he had spent the weekend.

He came to kiss me goodbye, and I asked if he was coming home right after.

He said, "That's the plan for now," and turned to walk away.

I yelled after him, "I just need to know that you love us more than you love his family!!"

The coop just won't be the same without him.

And with that, I will end for today.

I need to go hug my boy a few more hundred times. 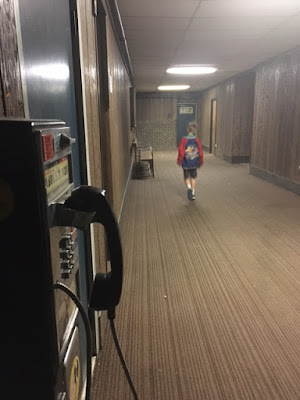 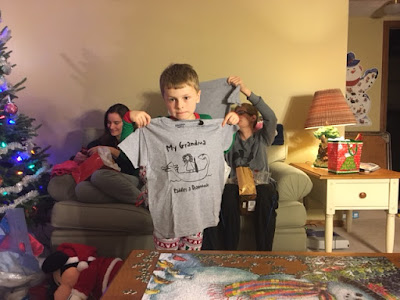