Shiners, The Life of

Child gets hit in the eye with a baseball when he walks right in front of the ball with which his biggest brother is playing.  The eye becomes swollen and a bit dark in color. 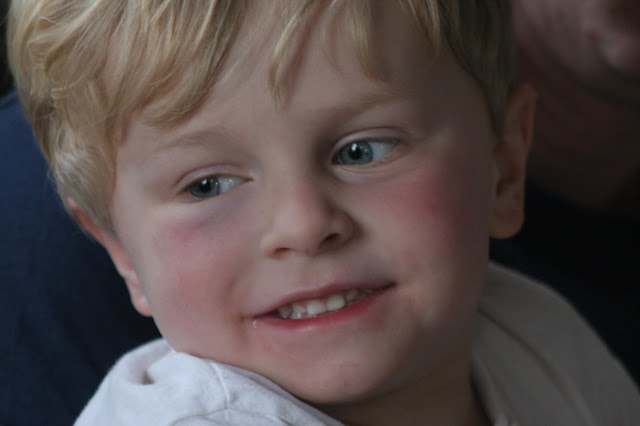 The swelling is gone, but the eye area becomes blacker and redder. 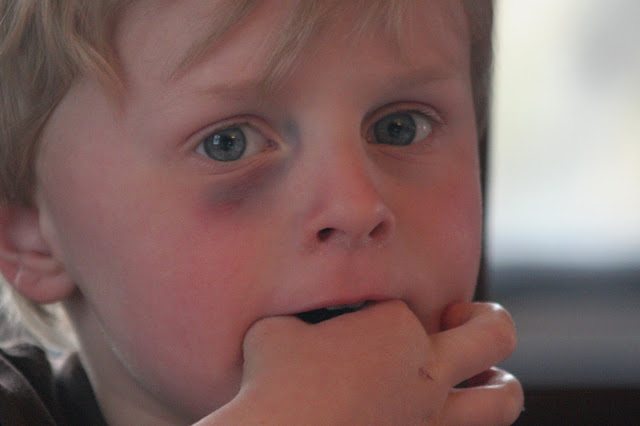 Helloooooo Black Eye!  (The runny nose is completely unrelated.  I promise, I got the boy a Kleenex right after I took the photo.)  He was not happy about me taking his photo.  I had to sneek up on him. 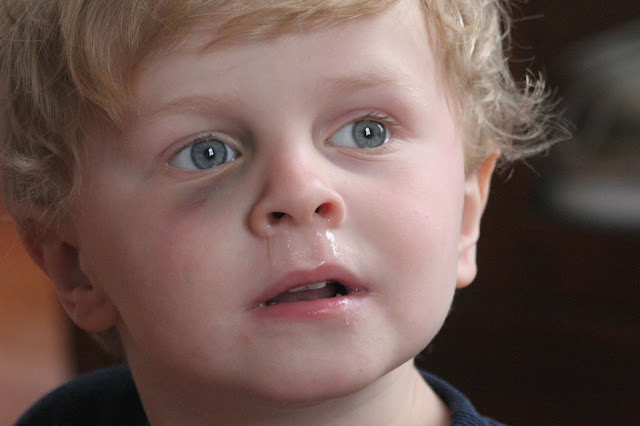 Still black, but with a slight tint of green mixed in.  I only got photographic evidence because I promised him he could look at the photo if he just let me take one.  We've gone in public for the first time since the baseball episode, and everyone he sees asks how he hurt his eye.  He gives half-hearted answers. 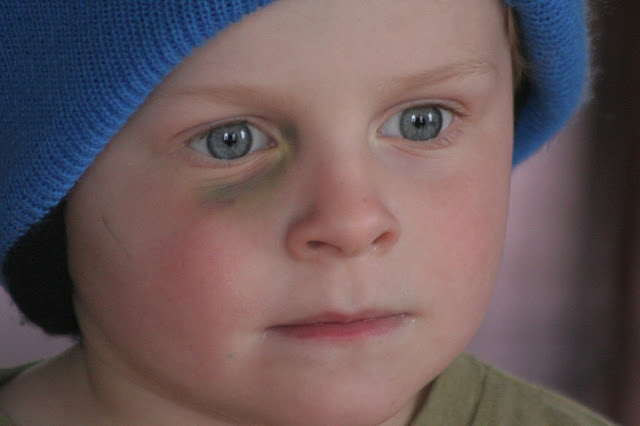 Do not ask me why he is wearing a winter hat on the first day we don't even have to wear coats to go outside.  He had mittens on, too.  It's just to mess with me.  No hat when it snows, hat when it's 65 degrees.  He's trying to wear me down.  It's almost working.

Green and yellow become the prominent colors.  He's even less willing to get his daily photo taken. I may have bribed him with Easter candy.  When people ask him how it happened, he simply turns and walks away. 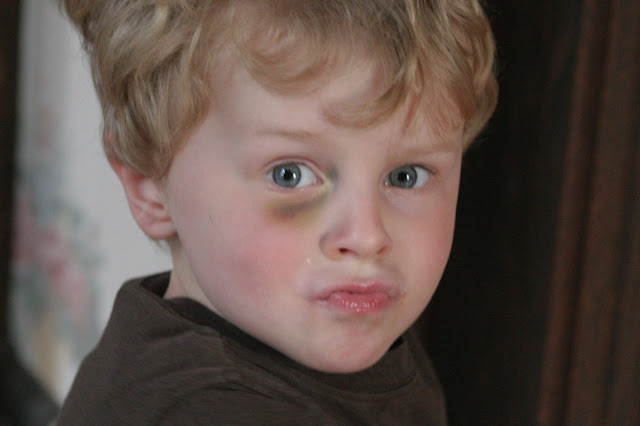 His eye is now vomit colored.  When he sees me taking out the camera, he yelled, "No, you cannot take a photo of my eye!!"  When someone asks how he did it, I can hear him cussing in his head. 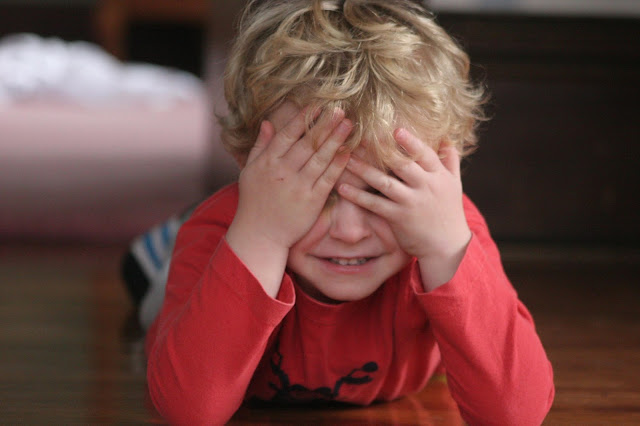 The eye is still greenish/yellowish.

The look he gave me said, "Don't even try it.  That camera won't work so well when it's in 10 pieces on the floor."

When we leave the house, he keeps a constant scowl on his face, deterring any and all inquisitive adults.

Moral of the story:

If you don't want to talk to people or get your photo taken, don't walk in front of a baseball.