You Know What Happens When You Assume...

After church on Sunday we took the kids to a local park to play some tennis.

Racquets, tennis balls, and a court were involved.

Sadly, tennis was not. 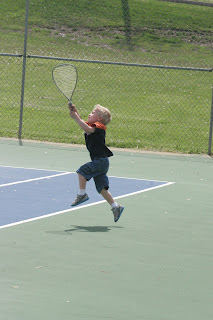 I assumed that if I gave my kids racquets and balls they would naturally be able to at least hit a ball back and forth a bit. 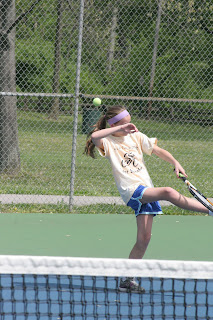 It was painfully obvious that my assumptions were wrong. I started to get frustrated, unable to see why they kept slamming the ball into the other court and bickering over who was supposed to have gotten the ball. What made me think that knowing how to swing at a tennis ball was something they were born with?  That tennis ettiquette was passed through the umbilical cord? 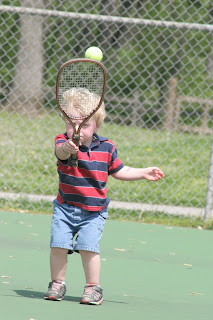 It made me stop and wonder how many other times I assume that they know things, then get annoyed when they don't. 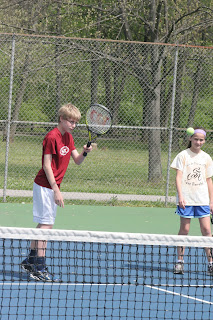 Did I ever actually show them how to organize a dresser before I told them to get their junk in line?  I don't remember doing so.

Did I go through what the expectations are and how to fulfill them before I gave them the chore of doing their own laundry?  Once or twice, maybe, but not enough to actually teach them.

But did I get annoyed when they didn't do these tasks the right way?  You betcha.

Babies are born knowing very few things.  How to breathe, how to eat, how to cry, how to spit up.  If we're lucky, how to sleep.

Everything else in the world must be learned.

Some things are easy for me to teach.  Like how to eat with a spoon, how to count to ten, how to scrub the kitchen floor.

Some things are not.  Like how to be patient, how to budget money, how to pray, how to deal with someone who isn't being very nice.

I'm constantly getting blindsided by things that we haven't taught the children yet.  It all can get quite overwhelming.   I just have to remind myself that it is not my job to teach them absolutely everything they need to know before they leave my house.  Gotta check my ego at the door.

I must pick the things I most want them to know, and make sure they know them.

On Sunday, I wanted them to know how to play tennis.

I stopped the madness on the court,  took Giant to a court alone, and gave him a little tutorial on how to hit a tennis ball.  He swung many, many times before he started to get the hang of it, but he did eventually get it.

I then did the same thing with Star.

Do they know how to play tennis?  Most certainly not.  Are we all frustrated that no one can actually get the ball over the net and into play?  Not anymore.

Lots and lots of practice.

So the racquets are in the car, ready to be pulled out anytime we have a few spare minutes to get some swings in.

And we're moving on to the next thing that needs to be learned.

How to give Mommy a much-needed foot massage.