So Glad We Haven't Redone the Kitchen Yet

Looks like Buttercup got my "Surely I can do that craft without looking up intstructions" gene.  And she didn't learn from my failed egg craft with the boys, either.  It makes me love her even more.

Each year the sixth grade students complete a huge country project.  The first deadline for it was today.  The kids had to make a poster-size version of the flags of their countries.  The assignment said it was to be creative.  Anyone using markers, colored pencils, or crayons would get a zero and have to redo it.  Since Buttercup is doing her project on Bermuda, she decided to make hers out of sand.  I highly encouraged it.

I encouraged it because I didn't think it through.  I simply thought, "Bermuda is surrounded by pink sand.  Perfect idea!"

I didn't think of the consequences.

My independent little girl decided to do the flag with no help.  For about 20 minutes.  That's when she came in very frustrated that it didn't work. 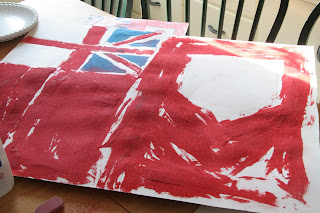 So I gave her a few tips.  Wisdom I have gained in my many years of flung-together crafts.  Little tips like, "At least cover the entire surface with glue.  That would help."

She started over, using thinned glue and a steadier hand. 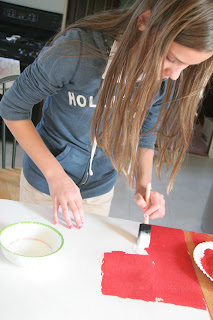 And instead of simply dumping a pile of sand on the glue, then spreading it with the wet brush, we got out the strainer-thing to lightly dust the surface. 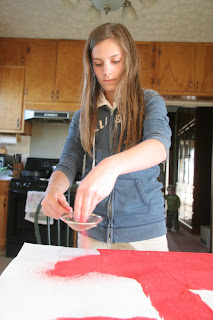 Ok, so the holes of the strainer were too big, so there was no light dusting, but it at least caught any gluey clumps.

In order to keep the other colors from mixing with the red, she cut out the shapes she needed, covered them in sand, then glued them onto the posterboard.

This is what the actual flag of Bermuda looks like: 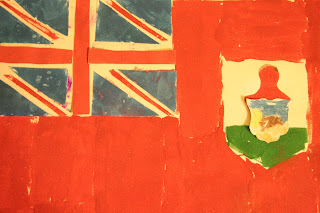 Shall we play "Find the 5 Differences Between the Two Photos"?

Buttercup is crossing her fingers that her teacher doesn't know 1.) That the part in the corner is supposed to be the flag of Great Britain and 2.) That she doesn't know what that flag actually looks like.

By the time she realized that two of the stripes were going the wrong way, the glue had dried.  We didn't have any more red sand, and it was 10:00 at night.

So, she's going with it.

As for the crest, it's supposed to be a red lion holding a shield with a sunken ship on it.  But I didn't need to tell you that.  It's obvious.  If you squint your eyes and look really fast between the two pictures.  Maybe?

I was happy with her for starting over and sticking with the project.

But here we come to the part I didn't think through.

The messiest child in the world brought pounds of red sand into my kitchen and sprinkled, dumped and glued it. 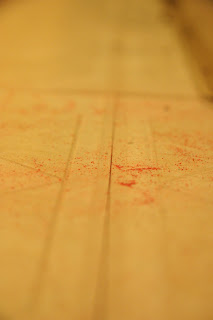 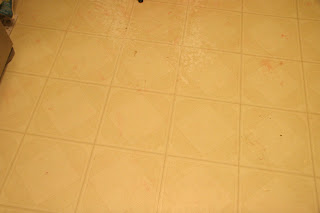 Lucky for her, the plumber came earlier in the day.  He cut a bigger hole in the ceiling and unleashed over a hundred years of dirt, plaster, wood, and trash bags.  Honestly, I have no idea why there were plastic grocery bags hidden in my kitchen ceiling. 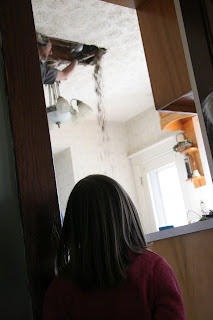 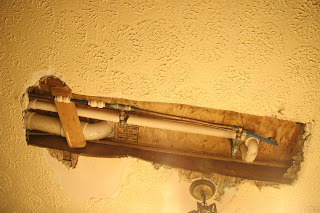 Yes, I have a pink kitchen floor, multi-colored dust on every surface, and exposed bathroom pipes in the ceiling.

But for the first time in four months I have a master bathroom that I can actually use.

And a tween daughter who actually wanted some advice.