The Same, but Vastly Different

When the big kids were little kids, I was forever looking for things to keep us busy. There was no such thing as soccer practice, school, homework, farm chores, or long drives to get anywhere. Only being 20 mintues from downtown meant we headed that direction often.  After naps, off we'd go to spend a lazy afternoon.

It doesn't happen nearly as often with my current little kids.  We are now farther away, and have that pesky school pick-up right in the middle of the afternoon.  But when we do go downtown, we make the most of it.  We say good-bye to a nap and hello to loads of fun.

Yesterday we started with a trip to Indianapolis' fantastic zoo.  Where we can pet the sharks. 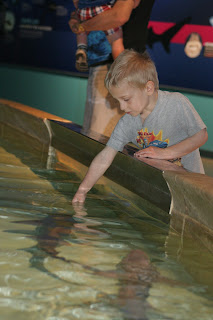 Where there is almost always a new baby for us to meet. Where giant animals are up close and personal.


For lunch, we headed around behind the zoo to have a picnic by the White River, a favorite spot for our family.  And you know we used our handy dandy lunch boxes!

I have been so many times that I could walk that zoo with my eyes closed.  Turken, on the other hand, had to check the map to be sure that we didn't miss anything. 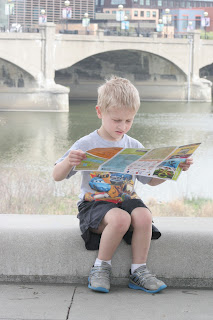 Once he was satisfied that our animal-viewing was complete, all he and Cuckoo wanted to do was run.  So run they did. 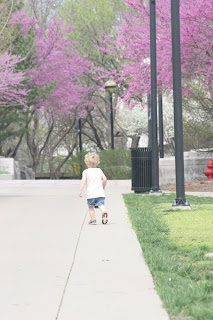 Down to the trashcan, circle it, then head down the path towards the water. 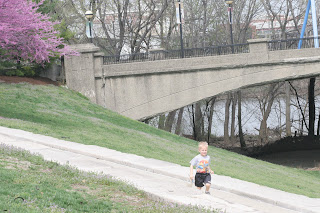 Up the steps and around again.  Round and round they went, only stopping for a brief sip of water every now and again. 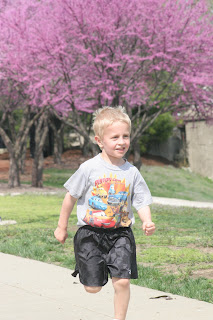 It was a beautiful, sunny day, but these cheeks aren't pink from the sun. 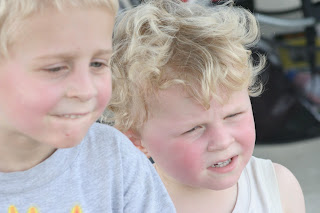 They ran for about 30 minutes straight before they decided to change it up and climb the big rock benches.  Turken is a big boy, days away from his 4th birthday, so he can simply walk across the divides. 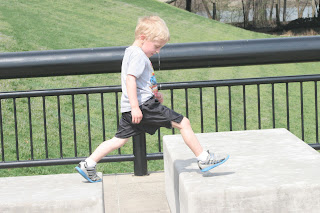 Cuckoo, not so much. 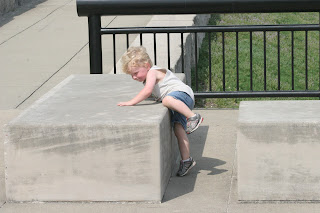 He had to work hard to get his little self onto each and every one of those blocks. 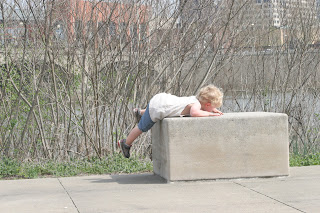 But he never stopped.  He climbed each of those 10 blocks at least 5 times.


Hey boys, how about a cute photo on the steps together? 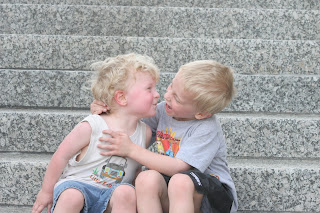 Not quite what I was going for.

I sometimes feel guilty when these two little ones have to spend hours on the soccer fields.  When their days have to be interrupted by a drive to pick kids up from school.  Basically, when they don't get the lazy toddlerhood their siblings received.

But then we have a day like yesterday.  I admit that their days certainly aren't the same.  But they are just as happy and full of adventure.
at 8:31 AM