We were supposed to go to the store yesterday while Phoenix and Buttercup were at practice.  I made the executive decision to cancel those plans, play on the school playground, and enjoy the gorgous weather instead.

The boys were extra happy, because a few other kids were there too.  A great game of tag got underway.

While they played, Cuckoo and I took a break on the bench and looked up at the wispy clouds flying through the sky.  (It was crazy windy yesterday!)

My mind started off, as it usually does when I have some down time.

I began to wonder what the kids would remember of their childhood.  What will they say when they have to discuss their "family of origin"?   What are the stories that they will tell and retell at all family gatherings of the future?

I have no doubt that at least one story will have to do with a Mommy meltdown, which ended up with a long list of chores for us all. 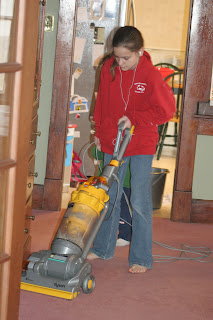 I'm predicting that Phoenix will have a great imitation of me.

I know they will remember the big things, like their individual trips, 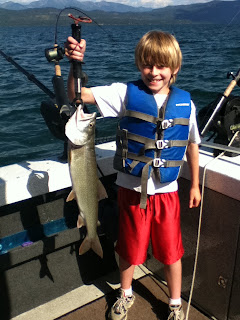 and the little traditions, like the annual photo on the steps before Christmas or Easter can officially begin. 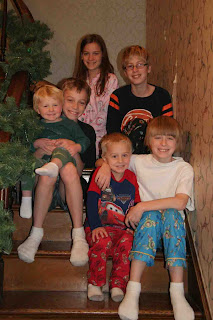 I get to have some say in what they "remember".  All those photos I take and stories I write will become part of their memories, even if they don't really remember the moments.

I'll make sure they remember the fun they had getting messy. 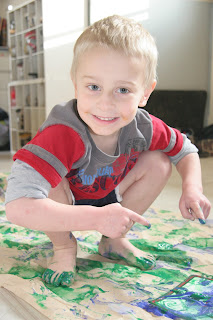 But what will they remember about me?

I am always the one holding the camera, so they certainly won't remember what I looked like. There are maybe ten photos of me in this house.

Will they remember that when they want to hit a few baseballs, it's me that they beg to pitch, because Daddy just isn't all that good? 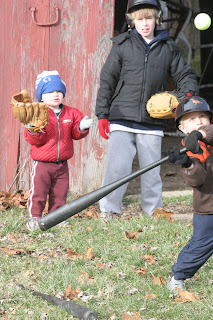 Not likely.
So, I made Phoenix get my little camera out of the car and start taking photos.

I want to make sure they remember that I am a mom that forgoes the grocery store to lay on a bench and look at the sky on a beautiful spring day. 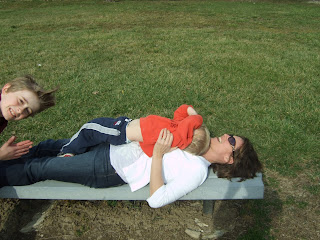 Who doesn't sit in the car while her children play on the playground, but gets her bum on a swing 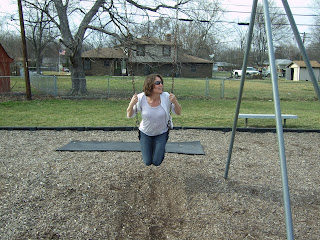 and swings so high you think she's going to flip over the bar. 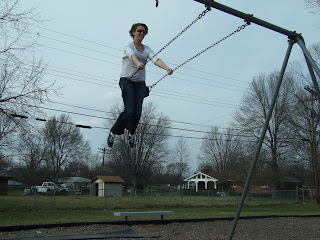 And when it's time to move on, I am a mom that jumps off that swing, excited to move on to the next fun activity. 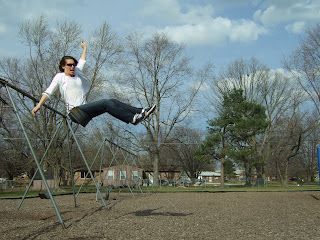 Or sticks with the same activity and takes photos of her kids doing it. 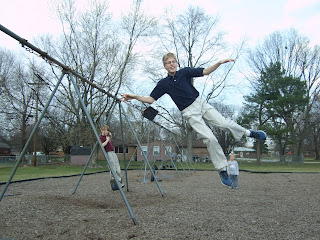 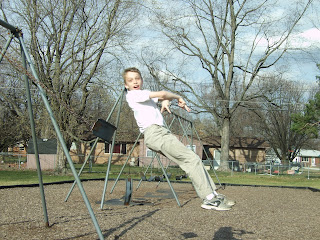 By the way, we did end up going to the store after Buttercup's volleyball practice ended at 4:30 and before Giant's soccer practice began at 5:15, twenty minutes away.

I am also a mom that can get 6 kids in and out of a grocery store, purchasing all 30 items on the list, in under 15 minutes.

Hope they remember that, too.