Quick Takes - AKA Getting This Blog Back to Normal

Good grief, it's been so long, I forgot to add the link to Jen!  Go forth and see more quick takes.  After you read mine, of course.

So, I cut myself shaving, and it hurt, man!  Before you go and say, "I hate it when that happens," let me just say I would bet 100 bucks you never cut yourself like I did.

As you continue to read this story, please picture me completely clothed.  I am not a fan of public nudity.

I face away from the shower spray to shave.  I then have to twist around to rinse the razor.  Well, on one of my twists, I miscalculated my girth and swiped that razor right across my hip.  A three inch slice of pain, if you will, right along the line wear my underwear goes.  For 24 hours, while a 3 inch scab formed, my hip stung every time I moved.

I am a genius.

Remember all of that rain during the two weeks leading up to the play?  During that time, lots of soccer games were postponed.  Guess when they were rescheduled for?  Yes, this week.  All of them.  Add those to the games already scheduled for this week, and my kids have a grand total of 25 games in nine days.  TWENTY FIVE!!!! IN NINE DAYS!!  Ya'll, this is ridonkulous.

Fortunately, most of the games are home games, so we've been able to eat real dinners together at home.  Sure, dinner is at 4:00, but we're eating healthy home-cooked meals.  And the weather has been quite pleasant, so a night at the fields is not bad.  And it's ISTEP week, so no homework to worry about.   We're doing quite well, considering.

Speaking of ISTEP, let's talk about stupid rules made by people who don't work in schools.

This week is the statewide ISTEP test.  All kids in grades 3-12 take it each year.  This year, the state made the rule that all students in all schools take the test online.

There were many, many issues that made this a dumb idea, but we'll just skip right to the meat of the matter.  The finale, if you will.  Every single school in the state is using every single computer they have at the exact same time.  Guess what happens then?

Kids were getting kicked off the test in the middle of it, if they could even get on it in the first place.  Chaos ensued.  Monday's afternoon tests were cancelled.

Same problems the next day.  Schools were then told to go to 50% capacity.   Teachers were told they were to turn their own computers off until the end of the day.  Wednesday was marginally better.  Of course, with all of the setbacks, getting them all in will be just a touch difficult.  I feel the most compassion for the kids that stress about these things, especially the third graders who have never taken one before.

I have no idea how any of these scores can even be valid.

It is not that big of a deal at our school, as we are parochial and can do our own thing.

Fiasco.  With a capital fiasco.

Cuckoo wanted to know what kind of candy he was having after lunch.  Normally, this would be an easy question.  However, he doesn't like normal and threw me a curveball.  The candy was already in his mouth, being chewed, when he asked, then opened his mouth to show it to me.

All four patients had to get shots.  Each dog and the five year old received two, while the human teen needed one.  One person had to practically be hog-tied in order to get the shot, and it wasn't the dogs or the five year old.  We'll just say I have zero tolerance for a teen who loses her marbles at the sight of a needle.  It wasn't pretty.

You know what else isn't pretty?  My dogs.  They are outside farm dogs.  They do not go to a groomer.  They do not get bathed except in the heat of summer.  I brush them when I can find the blasted brush.  They do receive their heartworm medicine (usually) and their vaccines (always).

Trips to the vet are soooo much fun for dogs who have never been inside of a house or outside of their yard.   (Unlike the children, the dogs go in two different appointments, seeing as I cannot take two 90 pound dogs at once)  Each time we go, I look for every opportunity to jump in and defend my dog-parenting abilities.  This time, my opportunity came when the vet assistant said, "Your dog has dreadlocks all down his backside and legs."

The appointment got even better when the vet asked if Roy chews on things.  I deadpanned, "You mean like raccoons?  Or opossums?  Or tree limbs?  Or maybe chickens?  How about pig bones fresh out of the dead pig?  Yes, yes, yes, yes, and yes."

Basically, they don't love me there.

Fortunately, they love, love, love my little boys, so they don't yell at me or turn me in for animal neglect.

In the end, the vet discovered two ear infections, a dead tooth, and arthritis in our dear Roy.  He's a mess.

Turken and I have poison ivy.  I have no idea where we got it.  Thanks to appointments and games, we haven't done any yard work, (as the foot-long grass clearly demonstrates) so it is a big mystery.   The location of our rashes adds to the curious nature of it all.  Turken has it all over his chest, neck, and right arm. (He didn't have a single dot of it when we were at the doctor yesterday.)  I have it on the backs of my legs, riiiiight up next to my rear end.  Fortunately, he's tough and hasn't complained one wit about it.

I, on the other hand, started itching last night and cursed all things nature as I climbed into bed.

Between the poison ivy and the three inch slash on my hip, I am praying I don't get in any sort of accident which would send me to the hospital in an unconscious state.  The doctors could have a field day trying to figure out the origins of all that is going on under my shorts.  (I know that sounds horrible.  I'm going to assume that no one will be reading that particular sentence out of context and take it the wrong way.  Behave yourselves.)

I leave you with photos from our one free hour this week, which we enjoyed to the fullest extent possible.  We've been having some fantastic weather round these parts. 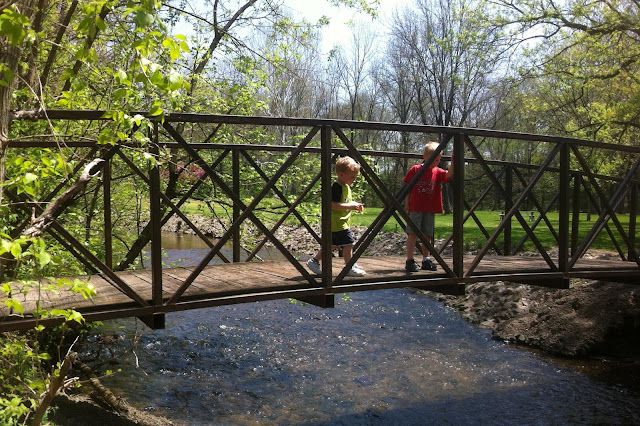 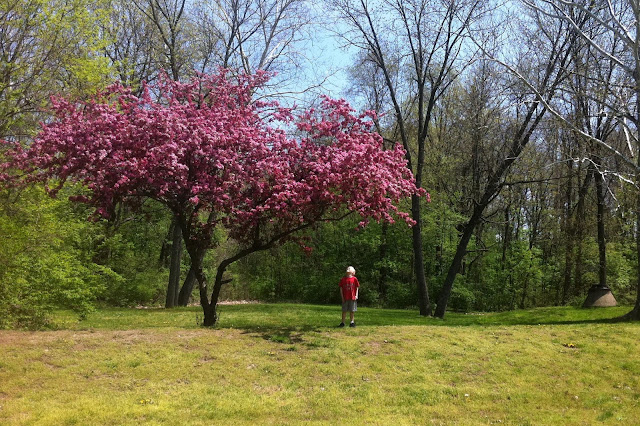 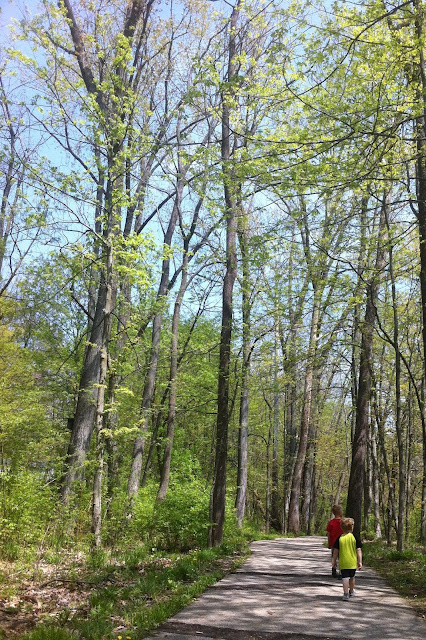