Any Bigfoot Hunters Out There?

When we purchased this house, the previous owners took us on a little tour of the property.  They were very sad to be moving, so we indulged them in a little nostalgia and farm lesson.

Two things really stuck in my mind from that afternoon.

1.)  We are allowed to shoot any animal that threatens our chickens.  As he said, "We can even shoot peregrine falcons if they come after the flock."  This didn't stick in my mind because I planned on using the information.  It stuck because the mere thought cracked me up to no end.   First of all, if I have to choose between an endangered bird and a common chicken, I choose the falcon.  Second of all, the thought of Hubby wielding a gun to shoot a falcon out of the air sends me into a fit of laughter.  Yeah, something would get shot, but it most certainly wouldn't be that falcon.

2.  The neighbor down the street is one odd duck.  He has video cameras set up at the edge of his property on the railroad side.  (There is a railroad half a mile from our house.)  Not to watch for coyote.  Not to watch for burglars.  No, he has them to watch for Bigfoot.  I thought for sure the guy was joking, but no.  The neighbor is actually afraid that Bigfoot will be comin' on the train and get off at his house.

So, for my little predicament, I could just go ask Odd Duck Neighbor, but we've never met and I'm afraid to make contact.  Plus, he has a locked gate securing his driveway.

Honestly, I don't need a Bigfoot Hunter.  A UFO fanatic would do, too.  Or even someone from Loch Ness looking for the monster.

I really just need someone who can decipher grainy photos.

As I ate my breakfast this morning, I heard the dogs go berserk.  Upon investigation, I saw a creature halfway down the driveway.  It wasn't fazed in the least by the dogs' barking.  (They are behind an electric fence, so could not get at the creature.)  But once I stepped foot on the front porch, it mosied off to the tree line.

I gotta say, the thought of it made me very wary to head out to feed the pigs.  Not because I thought the creature would eat me, but because I was afraid the creature had beaten me to the pig pen.  I didn't have time to clean up a dead pig.

About 20 minutes later, it showed up again.  This time I remembered to get my camera.  I took the photos from inside the house, so as not to scare the thing away before I got it on "film".

Pretty sure I've got myself a coyote.

Here are the photos.

What do you think? 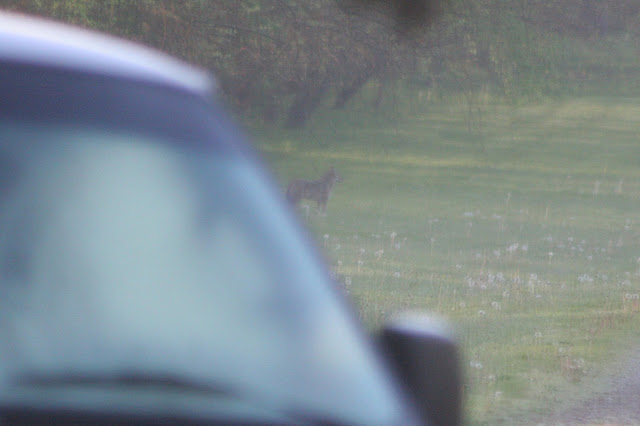 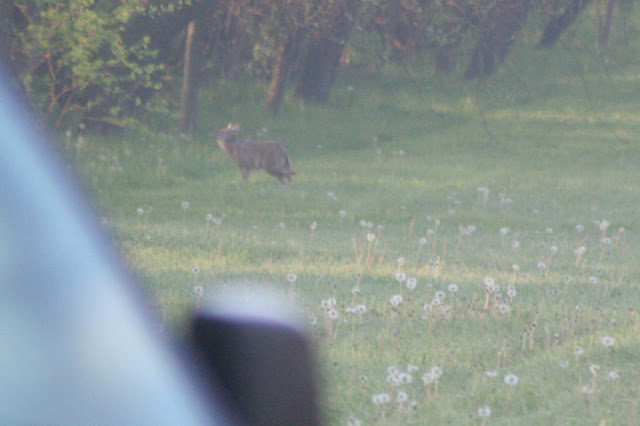 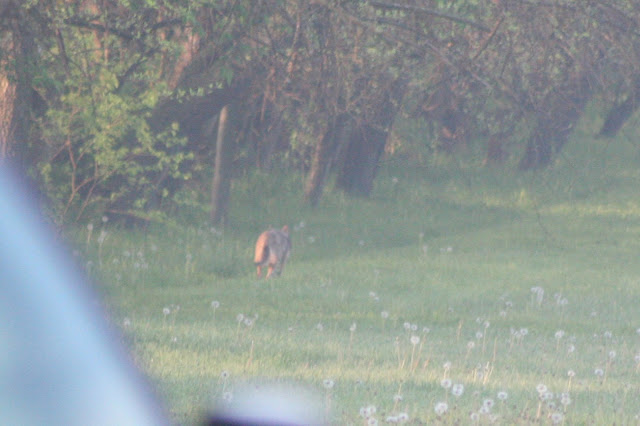 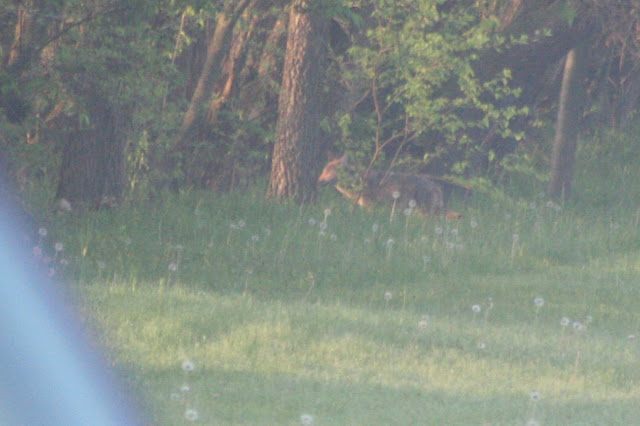 By the way, I had a mild panic attack when I did feed the pigs.  They didn't come out of the barn like they usually do when they hear me coming.  Fortunately, I discovered they were just sleeping in this morning.  All is well.  For now.