We Truly Are a (Mostly) Peaceful People

Today, Star had his birthday party with friends.  I was told not to plan anything, as they would just play soccer, kickball, and whiffle ball.  They did none of those things. 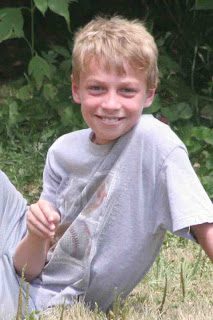 Instead, they spent two and a half hours having a water gun fight and playing Hunger Games. 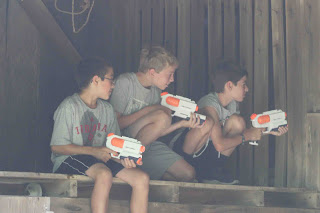 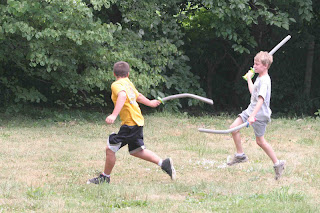 for two and a half hours.


The only time they stopped was to inhale some cake and ice cream. 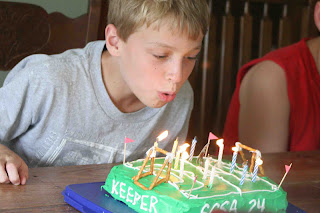 You know that theory that boys can turn any toy into a weapon. Totally true.  So, we just give them the weapons.

We took the party boys home on our way to church.  After church, we had a lovely dinner out (where we got the inevitable, "Are they all yours?") and then, since it's summer, and since a water gun fight is on the list of things the kids want to do, we let them stay up for a Duel at Dusk. 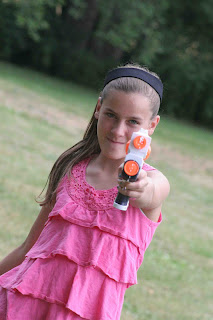 Giant used some strategy to prepare for the gun fight.  First, he gathered as many guns as he could scrounge up.  Refueling is dangerous business you know. 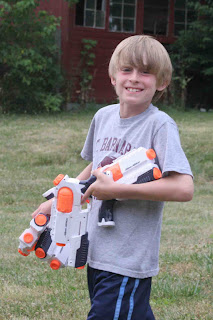 TIP:  For easier refueling, and fewer fights over the hose, have one or two pools or large buckets full of water in a safe location. 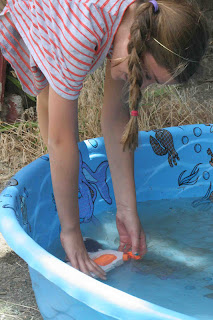 Then, before the rest of the kids could get outside, he got himself into the most advantageous position. 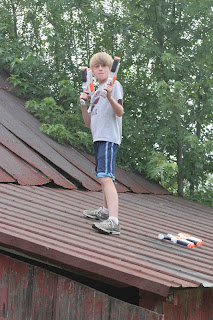 While Hubby and I watered and weeded the garden, they had some cooling water fun. 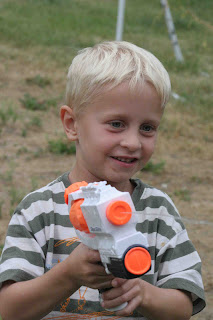 And as always happens when water guns come out, we get to use our college degrees and killer parenting skills to holler little ditties like, "Don't squirt them if you don't want to be squirted!" 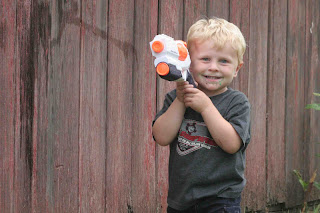 Speaking of gardens, look what I picked today! 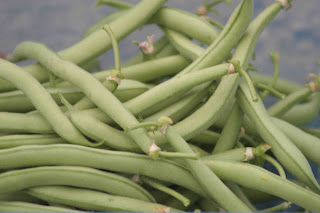