My Last Post about Europe. Mostly because I'll Be Obsessing about Going Under the Knife Next Week.

I'm doing a link up so as to make you think I'm writing off of a prompt instead of simply writing another post about our trip.  Today I shall choose 7 Quick Takes with Jen.

After seeing the movie National Lampoon's European Vacation, it is physically impossible to go on a roundabout (any roundabout) without quoting this scene:


It's not even the same roundabout, but that fact could not and will not dampen my enthusiasm.

In beautiful Trafalgar Square, directly in front of the National Gallery, one will find this:

For the love of all that is holy, why would you do this, England?  WHY?  If you are going to put a 20ft blue chicken on a pedestal, at least put it someplace appropriate.  Like in America, where a ridiculous, redneck, blue chicken would be appreciated for the wonderfulness that it is.

In case Phoenix continues to have trouble remembering to do his homework over the next couple of years, we found a solution to his post-high school needs. 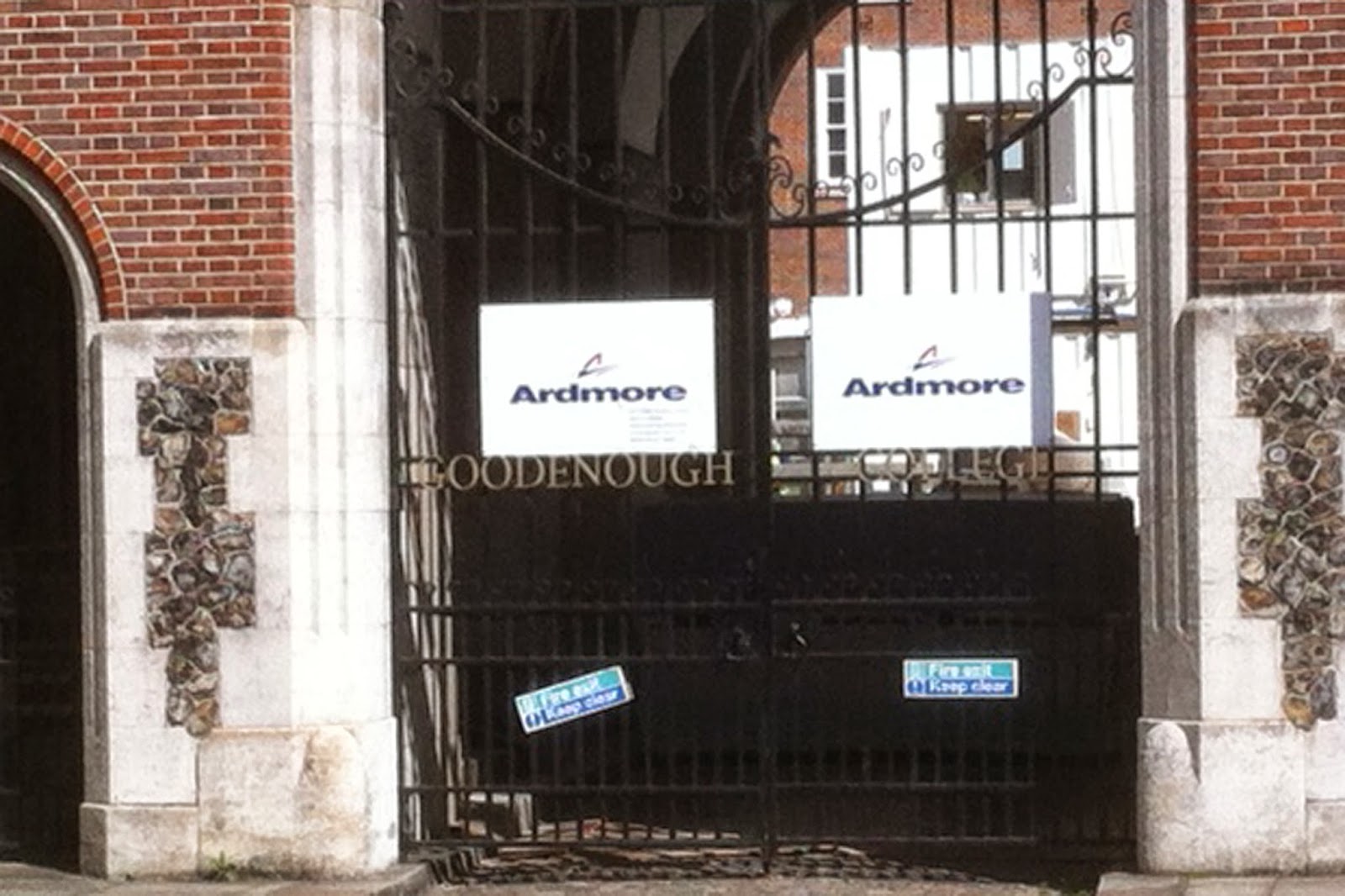 In case you can't read the gate, it says, "GOODENOUGH COLLEGE", right there in gold.

I wonder what their slogan is.  Perhaps...

As long as it's good enough to get my homework-challenged son a job, I'm all for it.

We discovered that at least a rudimentary knowledge of French would be extremely helpful when visiting France.  Everywhere we went, even in museums, signs looked like this: 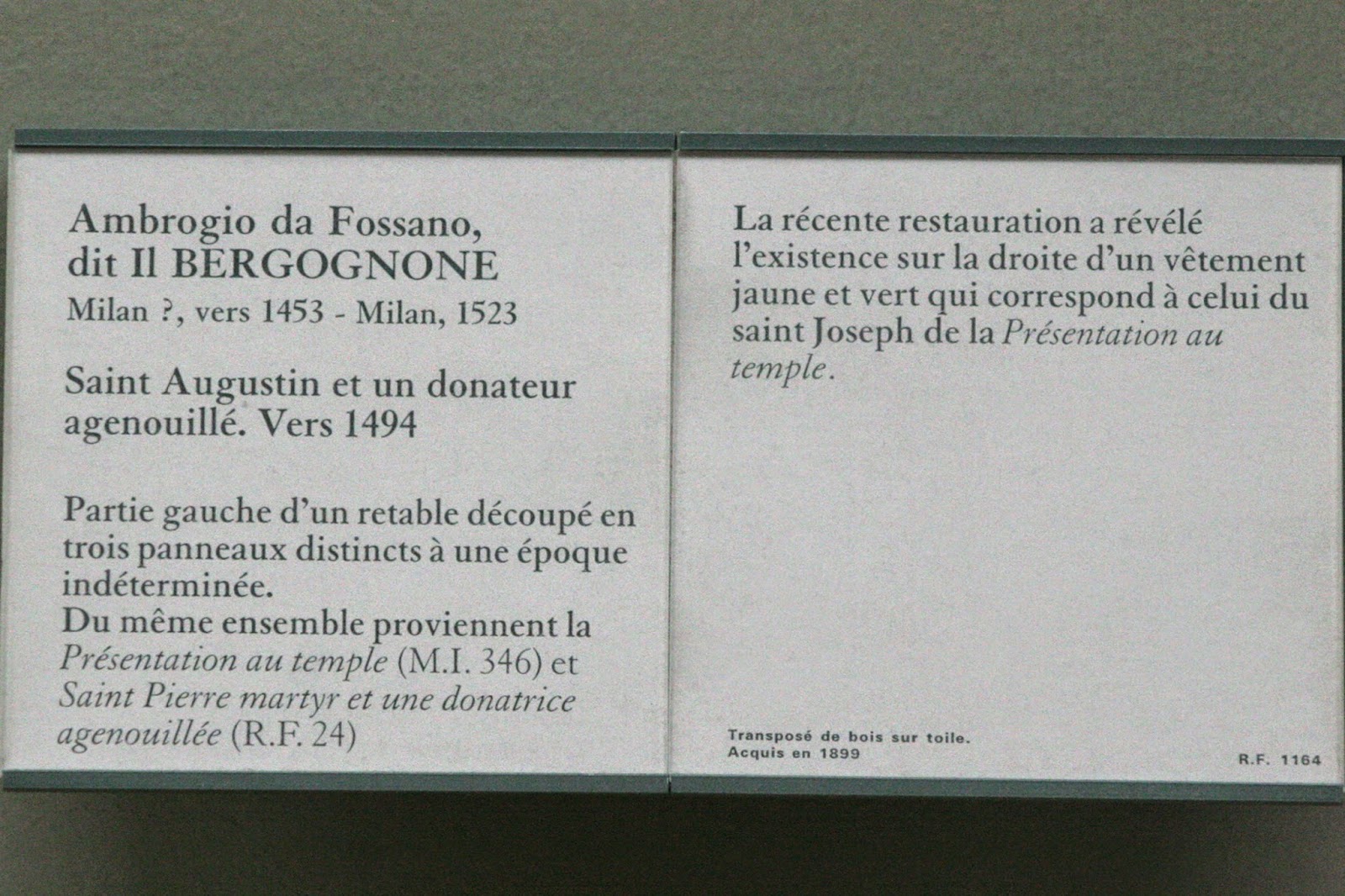 As we roamed around Paris, including The Louvre, we kept saying, "Man, it would really help if we knew some French."  I know all of about 3 words, and I felt like a fraud when I would say "merci" to someone.  It just didn't flow from the tongue.

Ordering in restaurants was sometimes tricky.  I had a hard time even understanding the waiters who were speaking English.  For example, after I ordered some water to drink with my meal, the waiter was asking me a question I could not figure out.  Finally Bryan jumped in and saved me.  Apparently he was asking, "Gas or no gas?"  No gas in my water, por favor.

On our last night, I did get to use one of the three French words I know when I ordered dessert.  Creme brulee.  The waitress had been delightfully fun the entire evening, up until she brought out the brulee.  She actually lit it while standing next to the table and placed the fired-up dessert in front of me.  While I've eaten creme brulee many times, I have never seen it actually on fire before. I thought they just used one of those torches I've seen on Chopped to melt the sugar on top.  So of course, with the fire licking my nose hairs, I was a bit startled.  The waitress looked at me and my shock, waved her hands over the dessert, and said with a smirk, "brulee means fire".  I didn't need to know French to know she was totally making fun of me.

It seems it wasn't just in England that I had the reputation of being a stupid American tourist.

We found that getting water is always an adventure in Europe.

In England, we found this:

In case you're having trouble reading it, the fountain was sponsored/purchased by the "Metropolitan Drinking Fountain and Cattle Trough Association".  While I'm not surprised that either of these associations would be struggling with keeping their member numbers up, necessitating a need to join with another organization, I am surprised at this.  Who should be more offended by this joining of forces, us or the cows?

In Paris, Bryan found this: 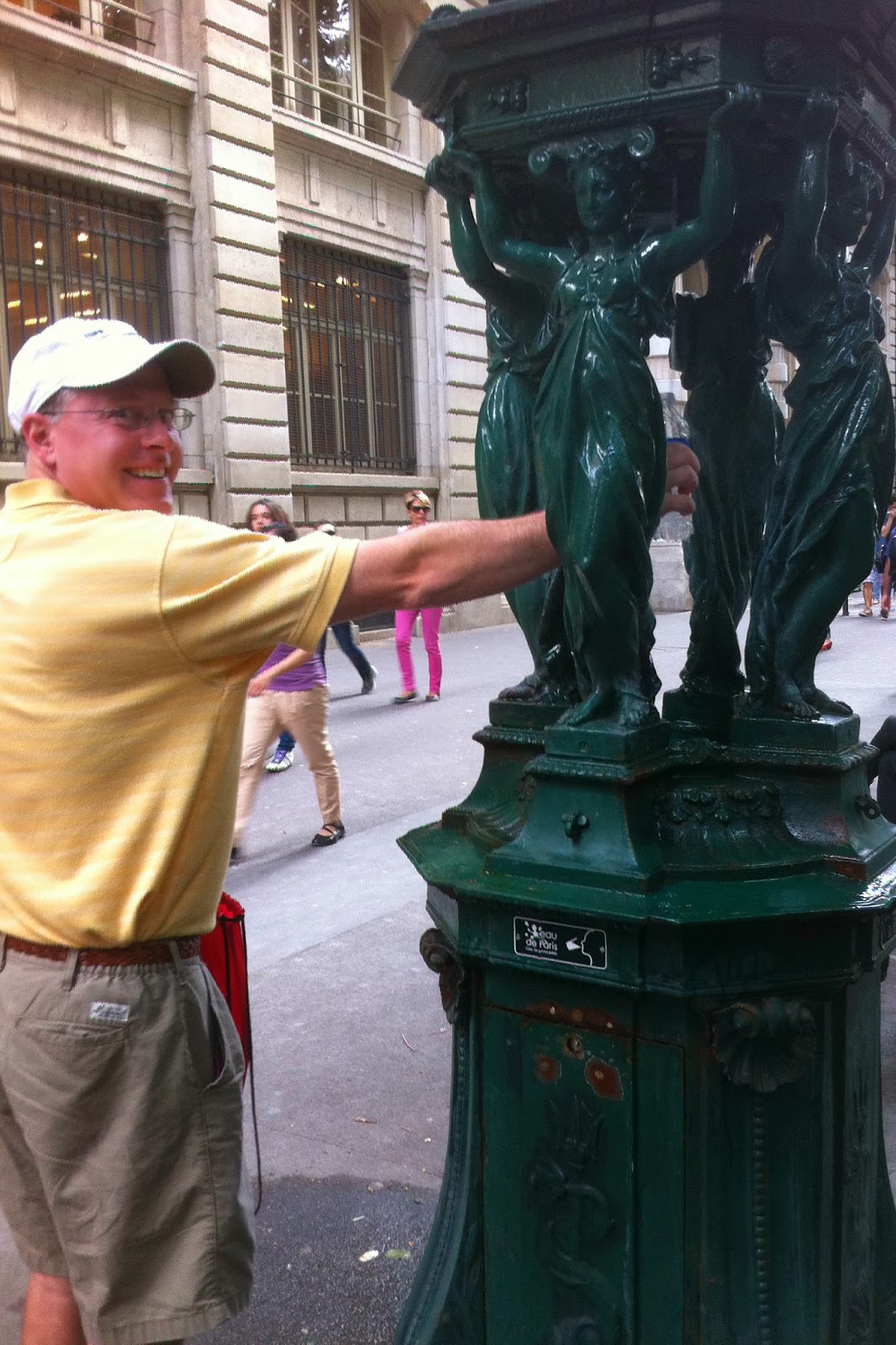 Right there in the middle of the sidewalk (next to the motorcycles that really do park all over the sidewalks), he saw a statue with water falling out of the top part and into the bottom part. He immediately stuck his empty water bottle in the stream of water.  "What in the world are you doing:!?!?!" I screeched.

He replied, "Look at the sign.  We may not speak French, but that symbol is universal." 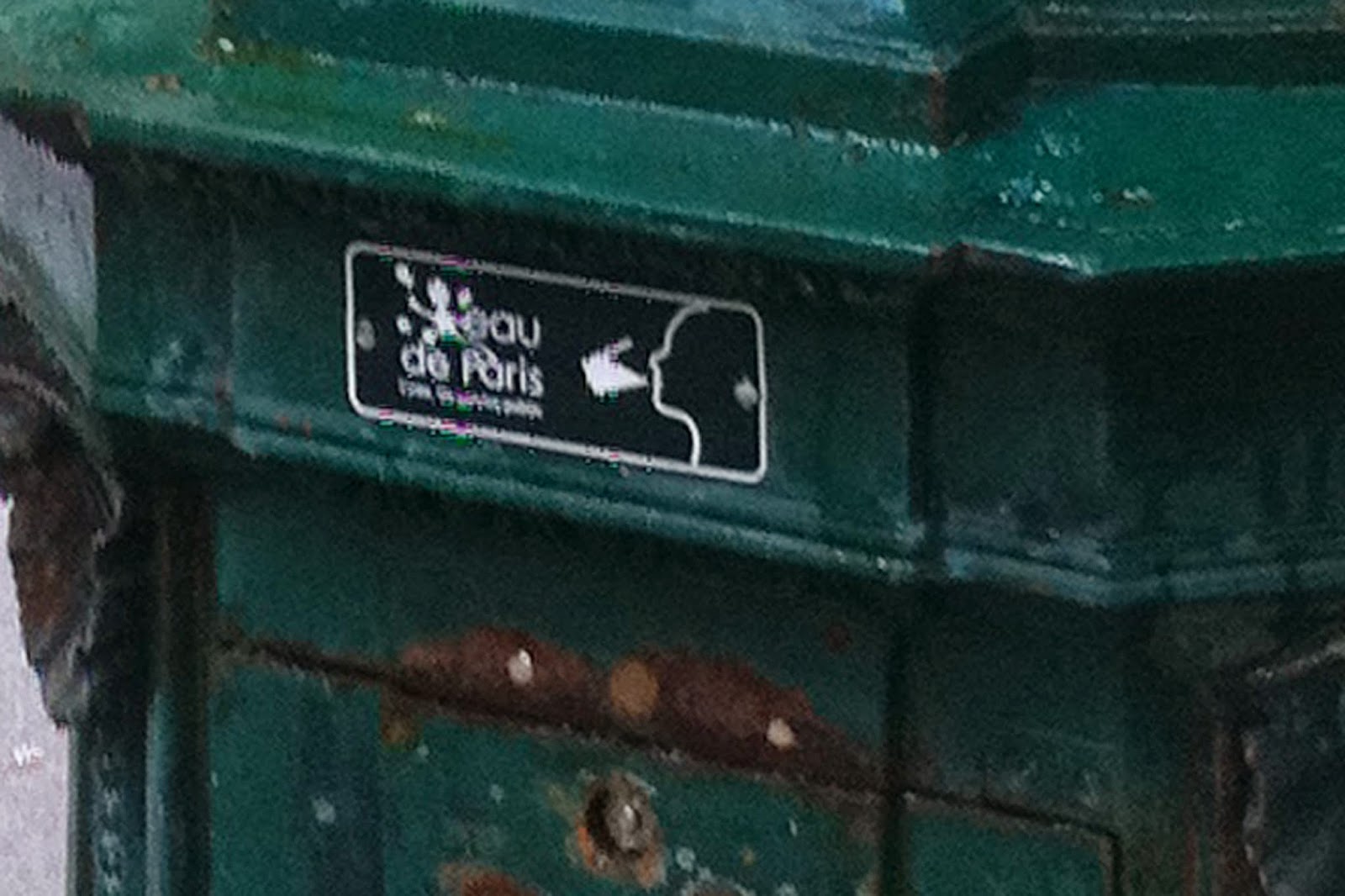 Once again, my vast knowledge of French kicked into gear.  The only time I've heard "eau de" it was followed by "toilet".  Eau de Paris does not sound like it is something one should be drinking, regardless of that drawing.  I, though, was in the minority.  A bit of a crowd formed behind him.  Seems we weren't the only tourists looking for some non-gassed water, and they were willing to simply follow Bryan's lead in assuming the water was potable.

Made me think the joining of the drinking fountain association and the cattle trough association wasn't so far-fetched after all.

I'm going to stop here and issue a public apology to Lizzi.  She was such a good hostess, driving up to get me and planning such a fun visit.  Did you catch the part about us meeting in a hot bridge over the expressway halfway between her house and the house of the friend with whom I had spent the previous two days?  It was quite a walk back to her car.  She refused to let me take care of my own luggage.  You will understand the sacrifice she made when you see my luggage... 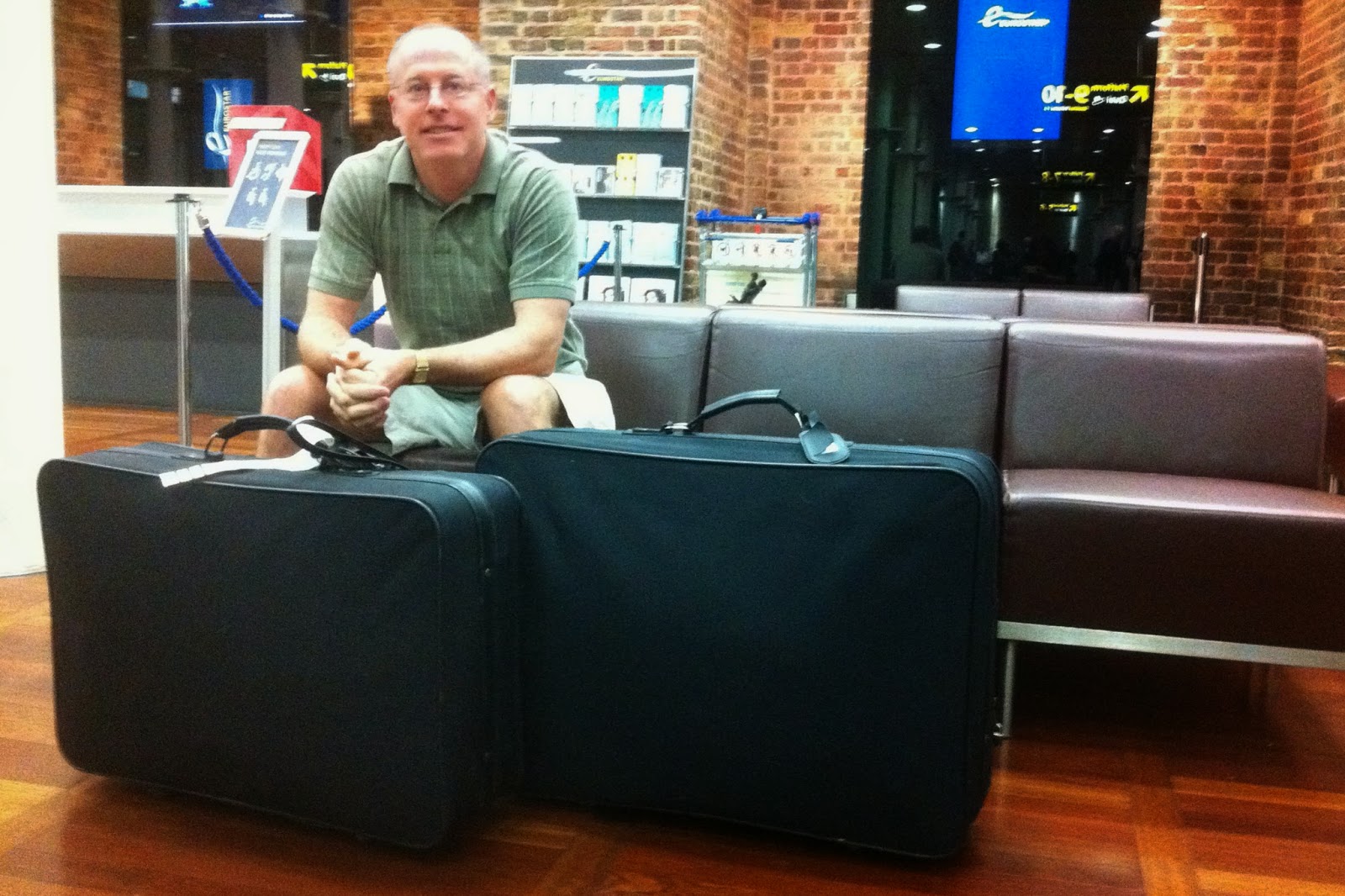 It was a wedding gift.

The wedding we were celebrating on this trip.

Because it was 20 years ago.

Back before luggage had big wheels and uber-useful handles to drag the 35 pounds of clothing and other essentials.

Lizzi carried that large suitcase all the way to her car.  In front of her.  Like it was a preschooler in the throws of a temper tantrum.

Why must I apologize?

Because once in London, I realized I had the strap for the luggage.

The strap that one should attach to the little hookie-do in order to take advantage of the little wheels on the bottom of the suitcase.

It's not as smooth as the new, fancy, easy-rolling luggage, and it makes one heck of a squeaky racket, but it is infinitely easier to manage.

I am sorry, Lizzi.

Send me the bill for your chiropractor.

And I promise to have new luggage the next time I visit.

And lastly, a story to give you a better idea of the kind of person Bryan is...

He can't be trusted.

We were having a lovely morning in Kew Gardens, a gigantic botanical garden that even kids would love.  There is a barefoot walk, where people are supposed to shed their shoes and walk through all sorts of different obstacles.

And there was a walkway through the treetops. 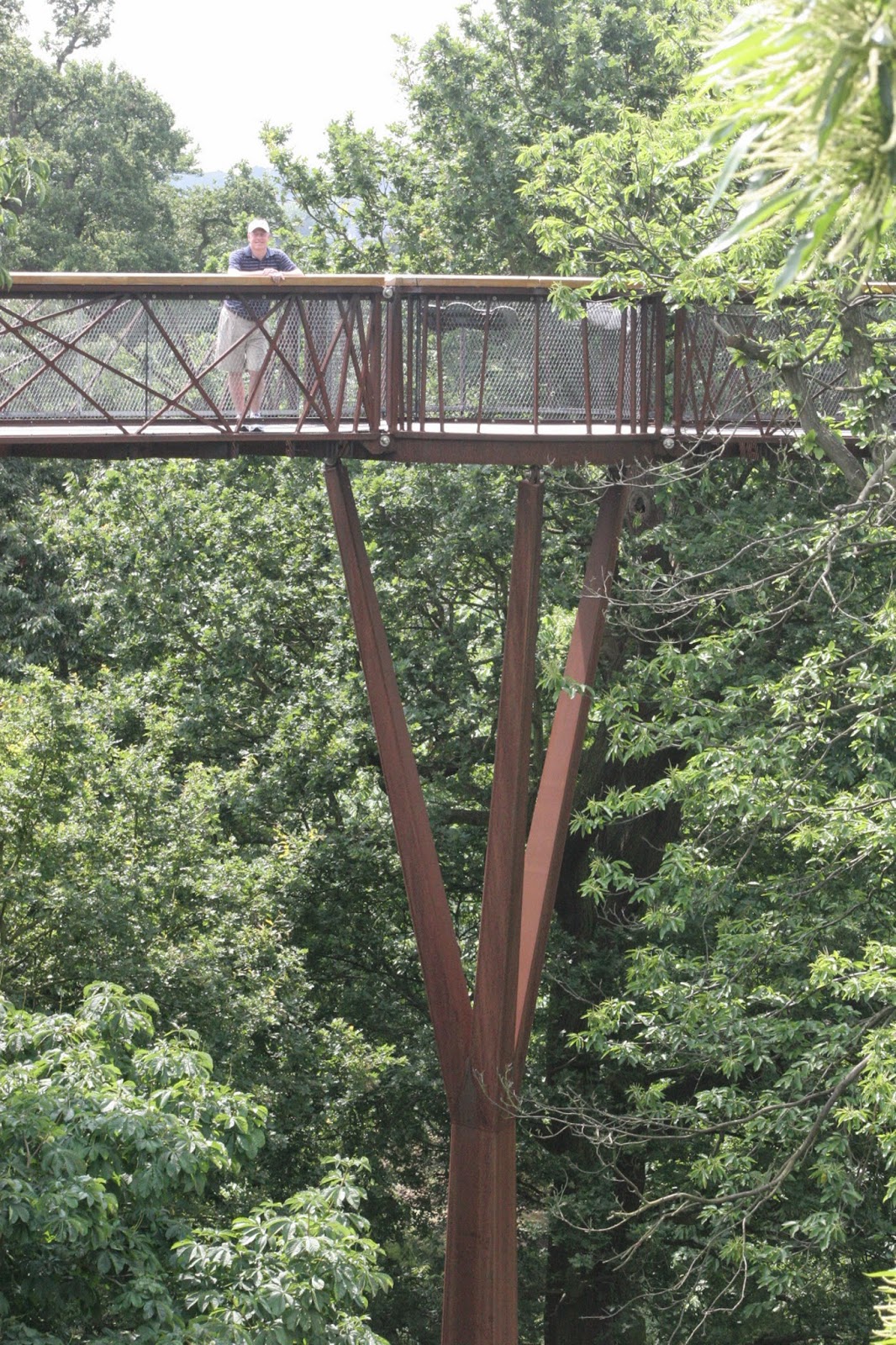 The weather was perfect, and we were having a fantastically relaxing morning.

At one point, we were attempting to find a building of some sort.  Bryan had seen it on the map, but we were having trouble locating it.  As I was standing in a pocket of trees, peering around the bend, Bryan, who was many yards behind me, said, "Look up."

I, being the dutiful wife, looked up.  And saw nothing.

When I gave him a quizzical look, he replied, "Look straight up."

That's it.  No warning.  No "take ten steps to your left then look up".  Nothing.  Just "look straight up".

So I looked straight up.

Right into the hind end of this: 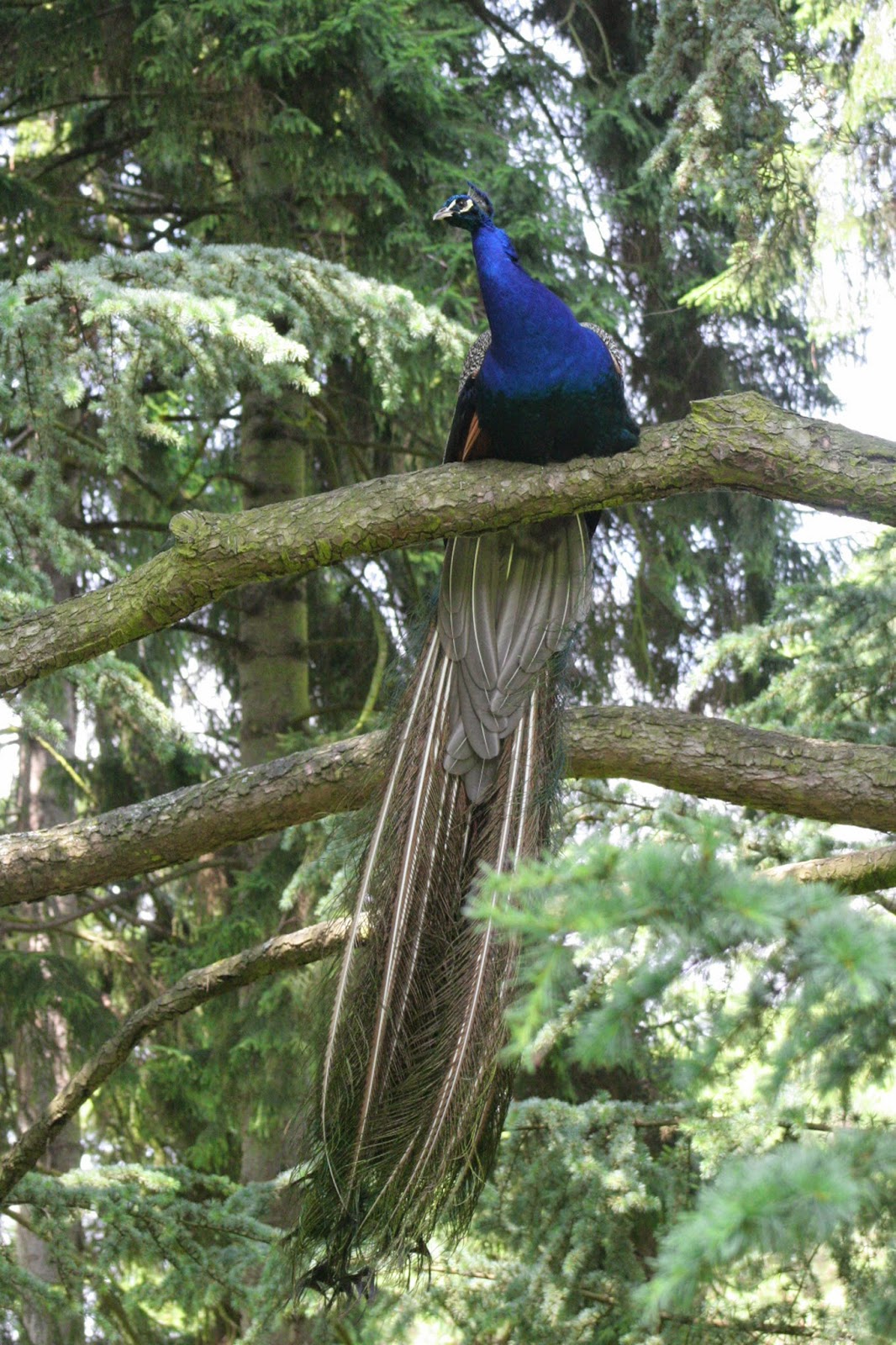 Those feathers were mere inches above my head.

He is the luckiest man alive.  If that bird would have pooped when I looked up, 20 years is all he would have gotten out of me.

Fortunately, the peacock did not relieve himself at that moment.  And he didn't seem phased when I screamed and ran away.

While I was still in shock and awe about the peacock roosting above me, a woman walked by.  I said to her, "There's a peacock in the tree over there".  Because peacocks are cool when one is expecting to see them and they aren't directly over one's head.  And apparently I talk a lot when I'm in shock.

She haughtily replied, "Yes.  Lots of them live here," and continued on her way.

And with that, you, Dear Readers, have endured your last post about Europe.

Thanks for hanging in there with me.

On Saturday we'll have our usual Ten Things of Thankful link up, in which I won't mention Europe, London, or Paris even once.

And all next week you'll get to hear about my surgery.