For me, Labor Day has a literal meaning.

My first baby boy was born 14 years ago today, and it was a looong day of labor.  (If you care, you can read it here. 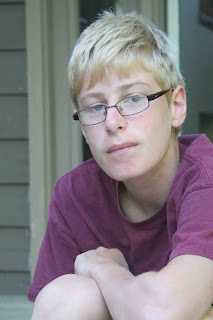 I can't tell you how many times I've written and rewritten what I want to say about my Phoenix.  Write, delete.  Write, delete.  Perhaps it's because of his age.  At 14 years old, we're hitting the big leagues now, folks.  The parenting has been pretty straight-forward so far.  He's been in a bubble which takes the form of a small church/school community where I know every single person with whom he comes in contact.  The biggest problem we've had is the seventh-grade "realization" that "as long as I'm passing, what difference does the grade make?"

The child has been a piece of cake to raise.  He threw maybe five tantrums throughout his entire toddler/preschool years.  He has never raised his voice to me.  He doesn't pick fights with his siblings.  He is happy to go-with-the-flow and do whatever everyone else wants.  He follows directions. (Although, with the pig incident we learned that he doesn't always try his hardest when following those directions!).  He likes eating vegetables.  Even as a teenager, he is up for being silly and having fun.  He doesn't complain, ever. 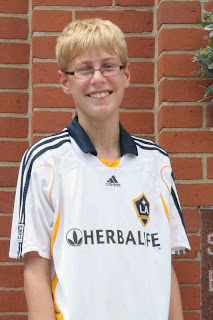 And as much as I love his laid-back personality, it scares the ever-livin' tar out of me.  What is he going to do when he is thrown in to high school and beyond?  Will he stand up for himself or others when friends are doing something stupid and he knows it's wrong?  At this point, I'm not so sure that he will.

In every possible way but one, he is a replica of his father.  Like Hubby, he prefers small groups of close friends to crowds of acquaintances.  He is very quiet, speaking only when there is a definite point.  He isn't interested in small talk, or much talking at all, really.  But when he does talk, people listen, because he's smart and hilarious.

The only way that he differs from his father is in gumption.  Hubby had goals for his life well before he was 14.  He was an Eagle Scout when he was only 13, for crying out loud.  Hubby makes a plan based on researched information, and does what is necessary to achieve those goals.  Phoenix has no goals.  He has no plans.  He really doesn't have a strong opinion about anything.  Ask him what he wants for his birthday, he'll reply, "I don't care.  You can pick something.  You've always done fine in the past." 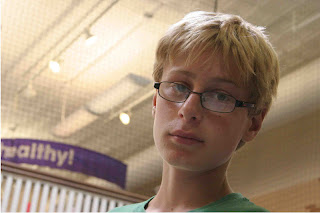 When he was little, maybe 5 years old, he was in the dentist's chair.  It was time for the hygienist to brush his teeth, and she asked what flavor toothpaste he wanted.  He asked for strawberry, but when she opened it he saw that the toothpaste was pink.  He spoke up.  "That isn't strawberry.  Strawberries are red."

The hygienist assured him that despite the color, it was, in fact, strawberry toothpaste.

Phoenix wasn't convinced.  As she continued with her preparations, he got nervous.  She told me later that she could see his concern all over his face.  Finally, he came up with something.

"Oh, I forgot.  I gave strawberries up for Lent."

The hygienist thought that was just hilarious, and how could she disregard religion?  He got to pick a different toothpaste flavor.

While I was not happy with the fact that he lied to an adult to get out of something he perceived as unpleasant, I was glad that he could come up with something to solve his problem. 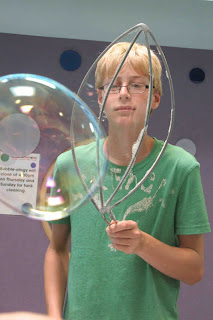 In the future, if he finds himself in an unpleasant or uncomfortable situation with his peers, I'm counting on him to use those same skills to get out of it.  I don't care if he lies enough to make his nose grow bigger than his size 13 feet, I pray he will find a way out.  And I pray that he will have the strength and courage to do so. 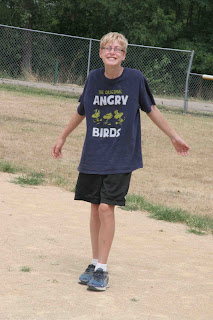 My "little" boy is the exact same height as me now.  His feet are several inches longer than mine.  I'm not the first mother to say, "How in the world did my son get so big so darn fast?"  But I'm the only one to say it about him.  And it's just plain shocking.

His growing up and moving on to be his own, independent person has always been a far-off idea of the future.  Not anymore.  We've got to get down to business.  Hubby and I have a whole mess of things to teach this young man before he leaves this nest, and there are only four short years before he becomes a legal adult.

Unfortunately we're still on, "Dude, your hair is not made to be long.  You must get a hair cut."