As the raincoats hung unused on the coat rack 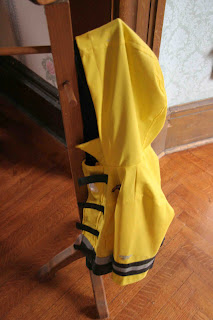 we wondered how long it could last.  We wondered, and honestly got concerned, that this was going to be our new norm.

As mandatory water bans took effect, we realized just how vulnerable we really are.  Regardless of how smart we humans are, regardless of how much technology we have, we can't make water.

As we watched farmers' fields burn up and become useless, our thoughts went to places we didn't want them to go.  As days and days stacked up with temperatures 20-25 degrees above normal, we began discussing long-term effects.

As storms in the distance taunted us, over and over again, we began to be afraid of them.  Lightening without rain can be devastating, especially when your house is in the middle of 200 acres of dry, harvested wheat.

And then, on Day 43, there is hope.  It starts with the thunder claps in the distance, which isn't new.  It just means to start praying that the lightening isn't doing any damage.

Within 15 minutes, the seconds between the lightening and the thunder get fewer and fewer, until they are simultaneous.  Kids and dogs alike jump in fright as the thunder booms right over our heads.  Well, except for Cuckoo.  He thinks it is just plain cool. 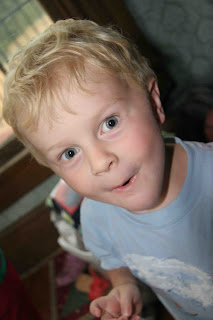 I smelled it first.  You know that wonderful smell of rain.  I can tell you that it is a smell you don't forget.  As soon as I got a whiff of it, I knew that this wasn't going to be a storm that passed us by. 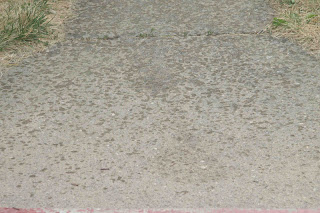 A few raindrops hit the ground, and we started to cheer.

And finally, after 43 days, the heavens opened up and poured down on top of us. 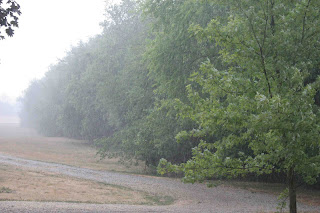 I am not joking when I say texts were sent and calls were made all over town to celebrate the storm. 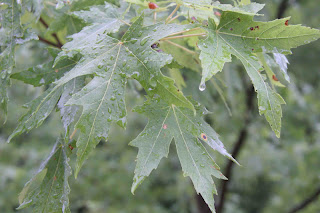 I didn't even care that my laundry was still on the line, getting soaked.  I hadn't taken it off the line when the thunder started, figuring that, once again, it was a false alarm.  Once I realized the rain was coming, it was too late. 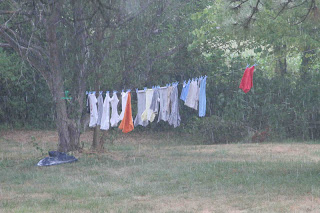 For about 15 minutes, it rained.  Sure, it came with ground-shaking thunder, and lightening so close that the lights in the house crackled, but it rained. 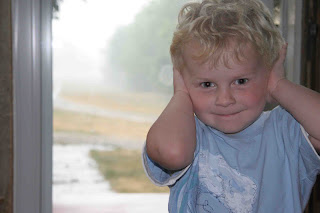 And as soon as the thunder and lightening passed, outside we went, to celebrate and enjoy the ability to be wet and muddy. 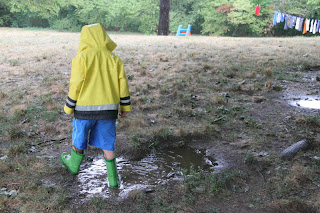 With the passing of the thunder and lightening, the rain stopped, too.  So Giant taught the little boys how to make their own. 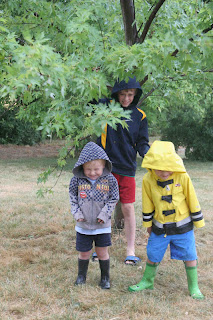 After getting the green light from me, ("By all means, jump in those mud puddles!") Giant tried to break the World's Record for Biggest Splash, 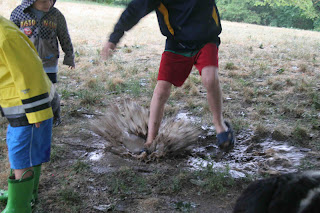 which showed just how long it has been since we've seen mud.  Cuckoo, who used to cover himself with dirt and mud on a daily basis, was distraught after he was splashed. 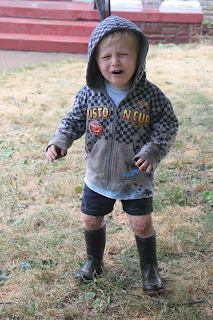 Despite his mud issues, we couldn't stop celebrating.

We couldn't stop watching the water dripping off of everything. 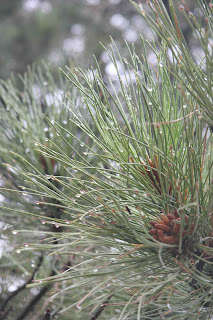 Even the water dripping from the clothes on the line made me smile. 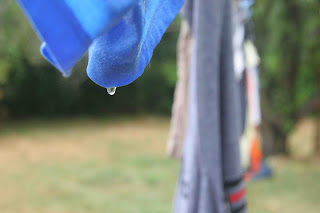 This crazy celebrating wasn't confined to just our house.  I heard that at a softball game, spectators who were huddling under tents to stay shaded during the game, came out to dance in the sprinkles.

The rain we got didn't even come close to changing the incredible drought we are experiencing.  The crops won't be saved.  The lakes won't be refilled.

But our spirits were certainly improved.

We simply celebrated the wonderful look and feel and smell of rain.

Phoenix and Star are at Boy Scout camp this week.  Oh how I hope that they got some rain, too.  And that they jumped and danced and celebrated it. 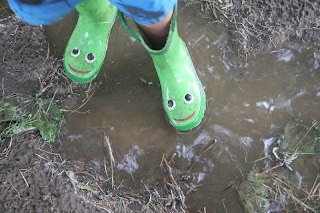