The Moment You (But Mostly Cuckoo) Have All Been Waiting For and Other Stuff This Week, TToT #36

1. I am thankful for this song.


Our van might as well just have a disco ball in it we do so much dancing while driving around town.

2.  I am thankful for newspaper.  Not that I read the newspaper, but it is a very handy thing to have on hand when one lets her children celebrate warm weather by wearing their school shoes to play in puddles and climb melting snow mountains.  Do you know this trick??  Stuff your wet shoes with newspaper, and in the morning your shoes will be bone dry.

3.  I am thankful for silly dinner conversations.  One night, out of the blue, Phoenix said, "Did you know that one out of seven people in the world are Chinese.  That means one of us is Chinese.  Who is it?"

Star, without missing a beat, yelled, "Nose goes!" and touched his nose.  (Is this a local thing or a universal thing?  Whenever a general "will someone..." or something similar is asked, the last person to touch his nose is the one who has to do it.  It's a big thing around here.)  The other kids instinctively touched their noses.

And then Phoenix continued it with, "I don't know how to speak Chinese!  I don't even like Chinese food!  It can't be me!"

The dinner conversation only went into a downward spiral of silly after that.

4.  I am thankful for my children's low expectations.  In case you haven't heard, we had an unprecedented 4 and a half birthday party for Cuckoo, seeing as he won a party in a raffle.  There was no way he could wait until August to have this party, so we did a half birthday party.  I made a cake for it, but since it wasn't his real birthday, I didn't go all out.  I let him pick the color he wanted the cake part to be (yellow and blue), then made it look

and thanked me profusely several times.

5.  I am thankful for a husband who knows me well.  I forget just about everything unless it is written down.  COW knows this.  Instead of getting frustrated with me, he speaks to me and reminds me in the most useful ways.  I had started a list of things to make sure I packed in the car before leaving for the party.  We were going to be gone all day, with many things to do while out, so I had quite a few things to remember.  At one point, I went to add some things to my list and found this: 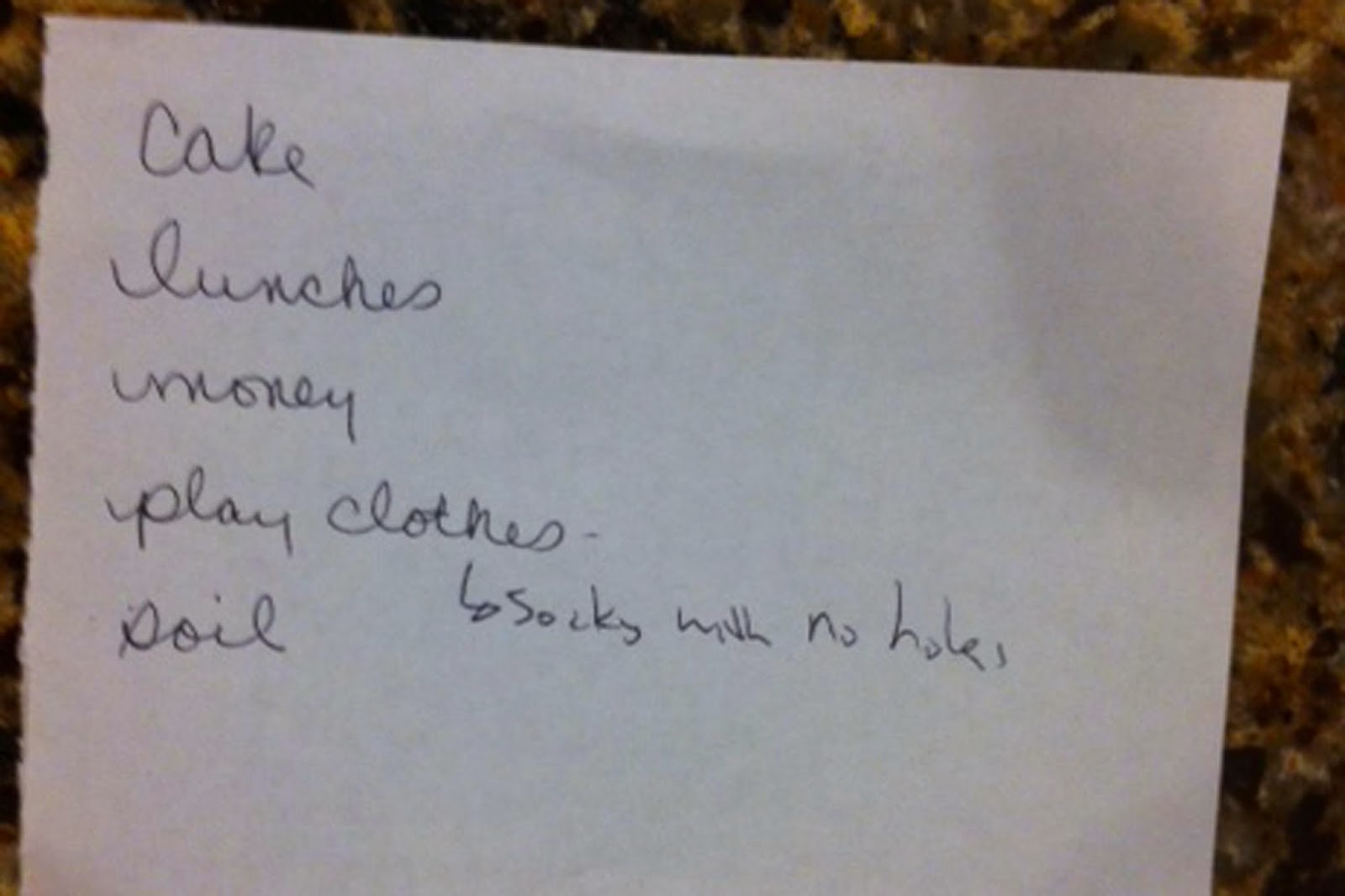 Under my note to remember play clothes, he added, "socks with no holes".  I laughed when I saw it, because hole-free socks is one of the things I was going to add.

Did you know, the hardest part about hosting a four and a half birthday party at a bouncy house place is finding socks without holes?  It's especially hard when one has a 5 year old who will actually poke a hole in his sock, then mess with it until the hole is big enough for all of his toes fit through the hole at the same time.  And he does this to every pair of socks he wears.

6.  I am thankful for a stunningly gorgeous morning.  Thanks to activities of the big kids, I have been basking in the sun half the morning.  I went for a walk.  I sat on a window sill, with the sun making it quite the perfect cozy spot to read.  So I read.

7.  I am thankful for academic competitions and teachers who encourage kids to participate in them.  Every year, the Catholic high school has a competition for all the feeder middle schools.  (10 of them) One day each week (for months) our teachers stay after school, bring snacks, plan fun games, and coach the students who decide to give the competition a whirl.  Out of 130 kids in our middle school, 80 or so participate.

8.  I am thankful for our chickens.  They are super-star layers.  Most chickens give up the laying over the winter.  Our chickens, once they finally started, have not only not stopped, but have been very generous in their egg production.  Each day, out of 24 chickens, we are getting between 18 and 22 eggs.  Remarkable, I tell you!

9.  I am thankful for Monkey Joe's for supporting Boy Scouts and donating a party pack.  They could not have been nicer while we were there.  They did all of the serving and the cleaning, they gave Cuckoo a gift, including a t-shirt he has yet to take off.  They also gave all the kids kites and frisbees to take home.  The only thing I had to pay for was the ice cream.

10.  I am thankful we were able to invite our friends and have a wonderful time.  The kids had an absolute blast.  (I'm only putting photos of the kids who I know see the blog.) 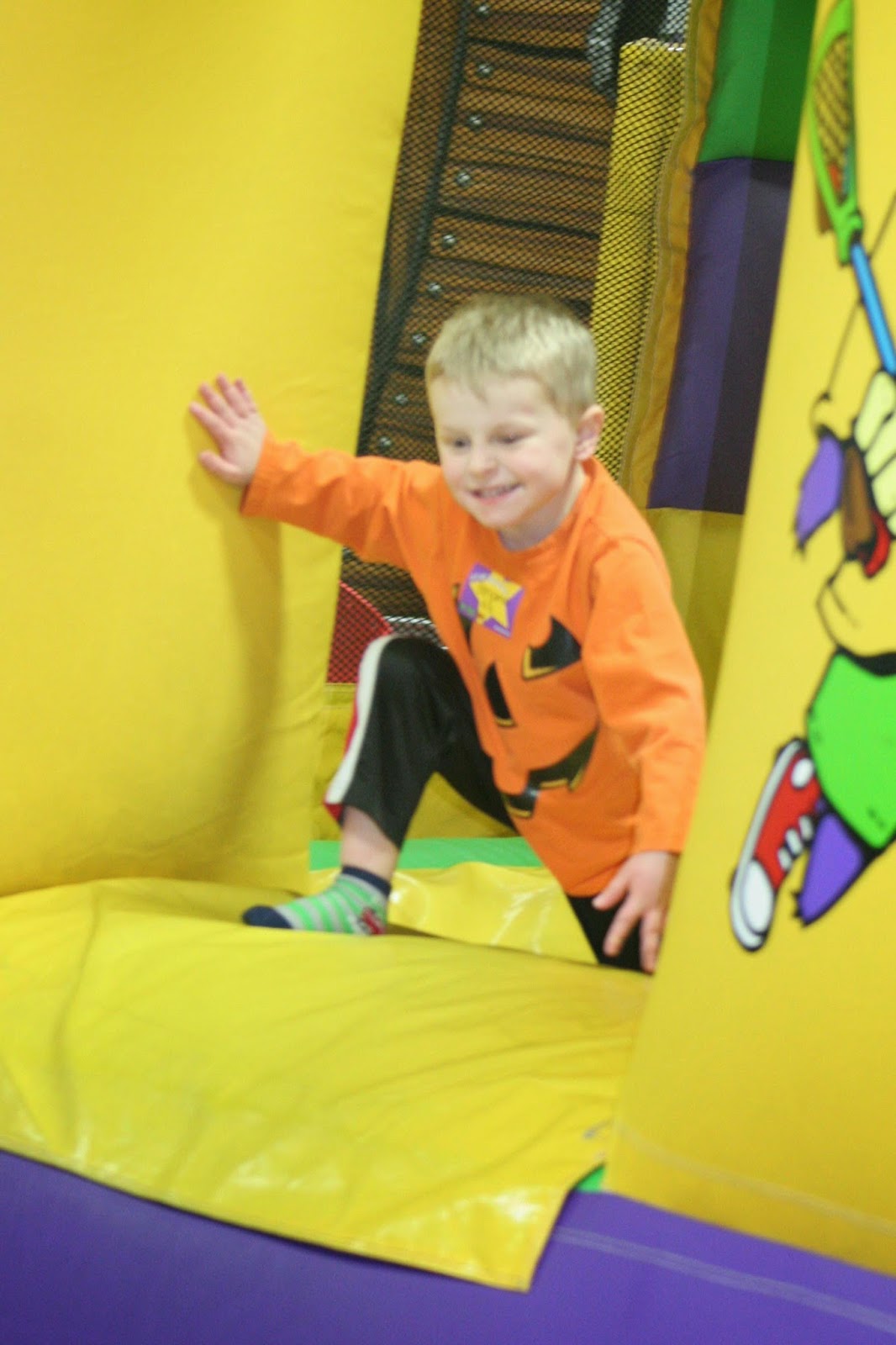 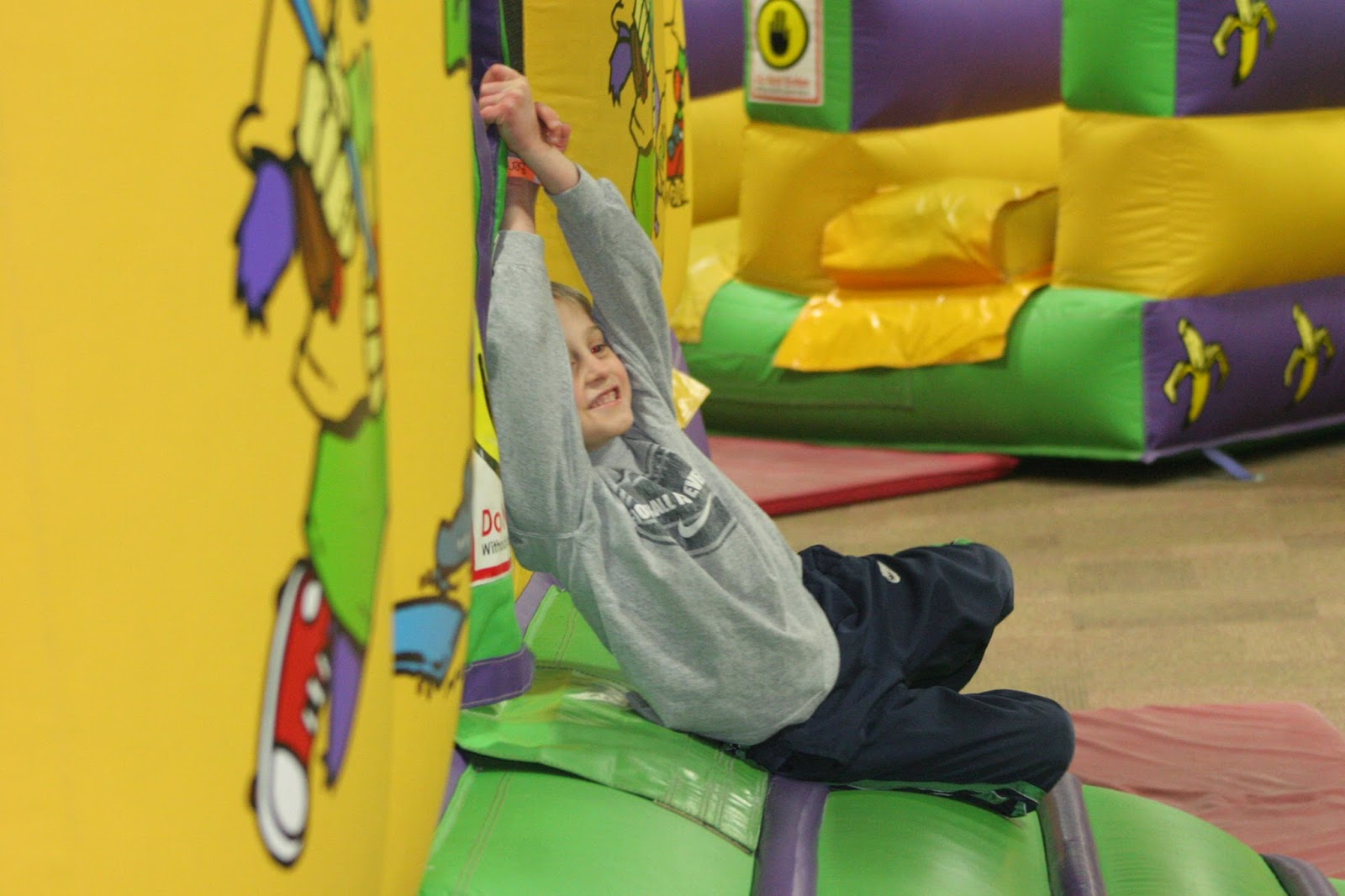 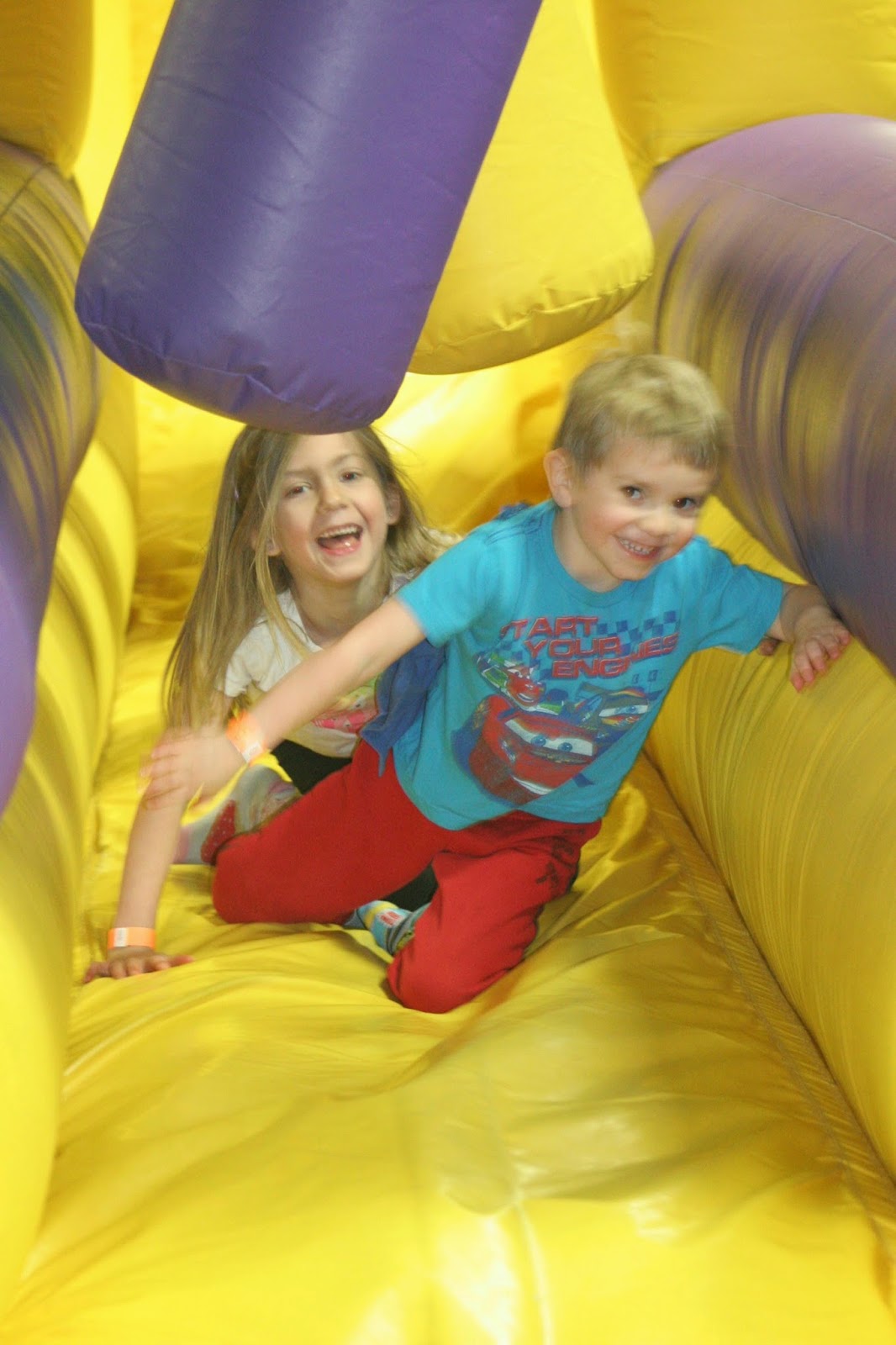 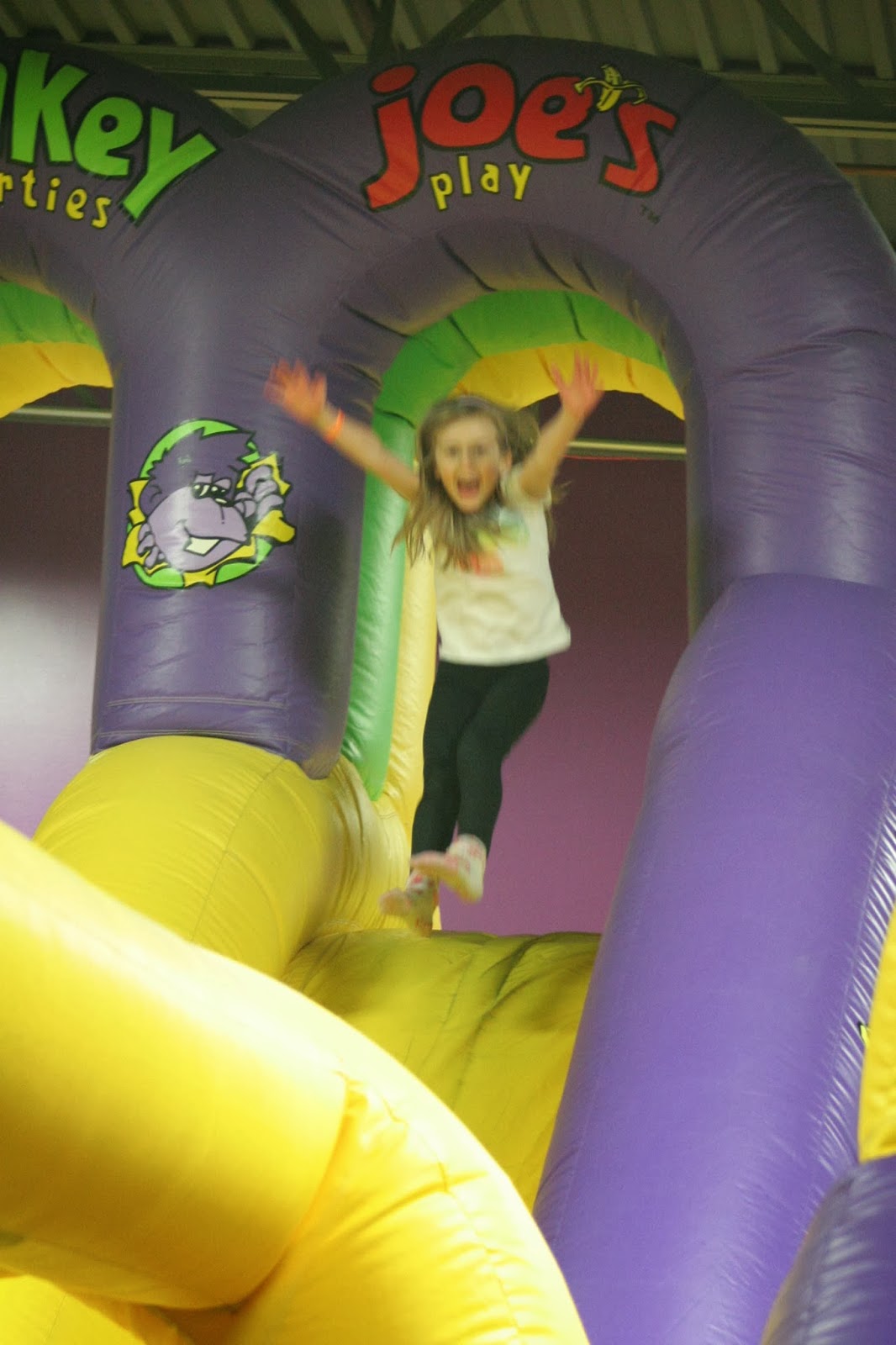 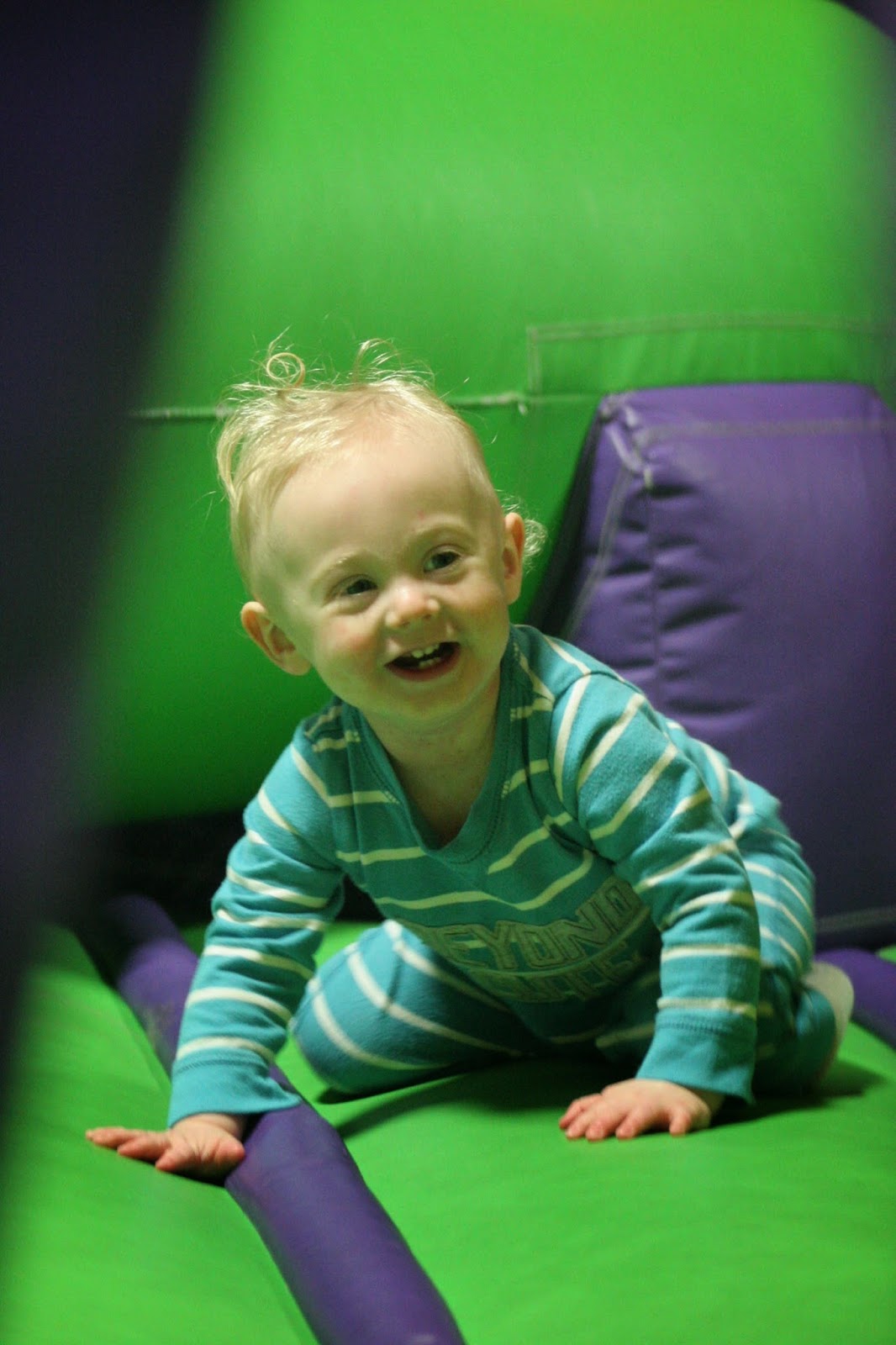 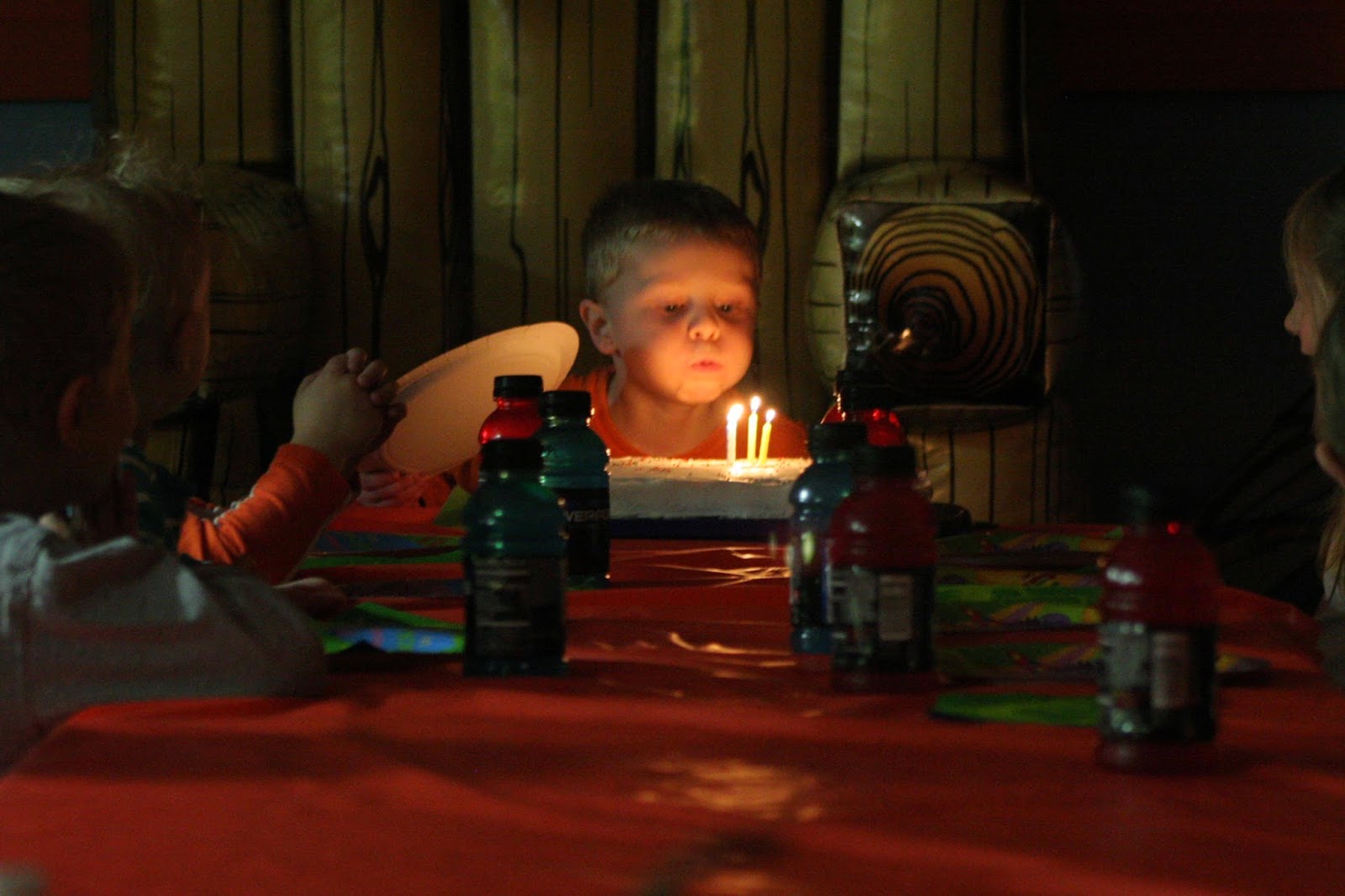 You can come back now.  The photos are done.

Your turn!  What got your toes tappin' this week?