The Care and Keeping of Chicks

You'll get a call from the post office which says, "Your chicks are here."

Since they are a few days early, rush to the store to buy chick food and new waterers and a feeder, because you have no idea where the old ones are.

Pick up the chicks and bring them home. 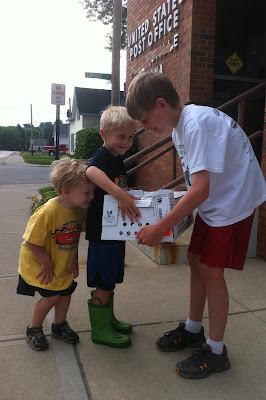 Pick chicks up one at a time and dip each beak in the water.  After 2 days in a box, it is very important they get a drink right away.  As I've said before, chickens are not the brightest animals, so if we don't actually put their heads into the water, they wouldn't know where to go or perhaps even how to do it.

Count the chicks as you do this, because once they are loose, you'll never be able to get an accurate count again.  These babies are quick!
﻿﻿﻿ Step 3:

Observe and figure out what you actually have. 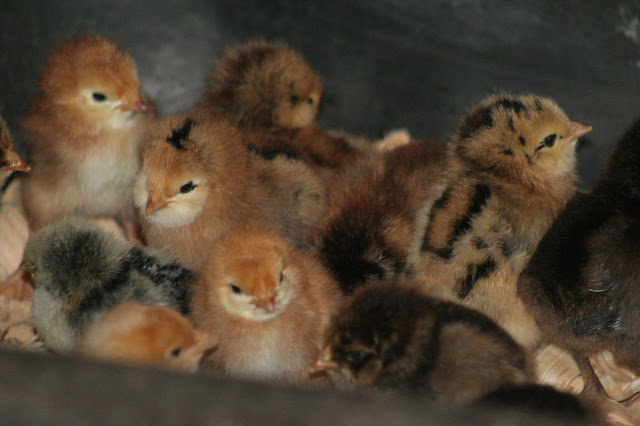 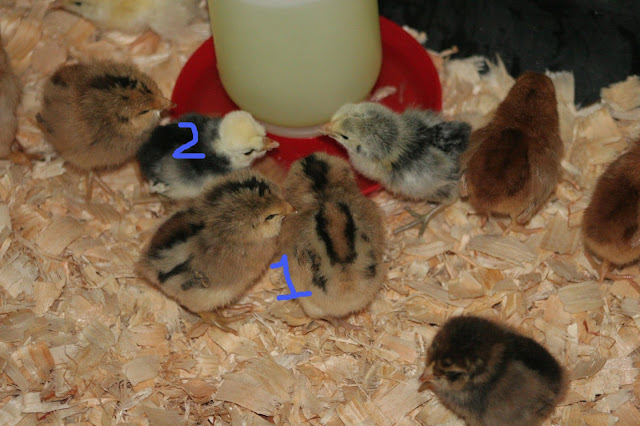 1.  These chicks will grow to lay green/blue eggs.  We have 20 of them.  The others are random breeds, just for a little added fun.

2.  This little guy was really sick when he arrived.  He could barely stand on his own.  Happy to say, he's getting stronger.  He's still a lot smaller than the others, and his little yellow head is still hysterical, but he seems to be getting better.

We also have one chick whose neck is crooked.  He always looks like he's giving you the "I've got my eye on you" look.  Fortunately, I'm blog friends with Lana, who had this same issue with one of her chicks, so I know what it is and what to do.  Hopefully, the vitamins will work and he'll heal right up.

Teach kids how to pick up and hold the chicks.

This isn't Giant's first rodeo, so he knows what to do. 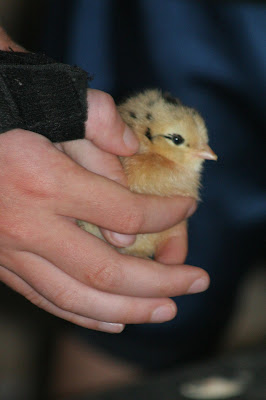 Turken was fine picking them up, just needed a bit of instruction on what to do after that. 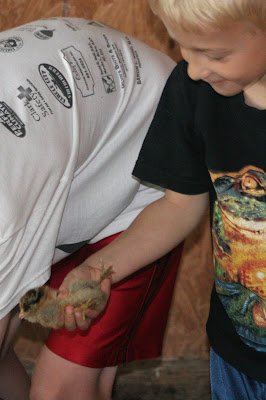 Cuckoo had no clue how to pick them up.  I nabbed one and placed it in his hands. 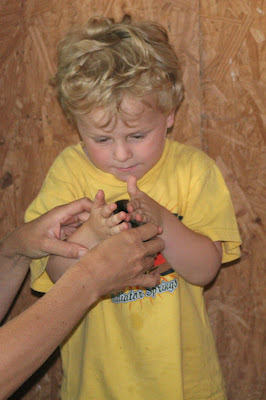 Once he was comfortable and knew how to hold it, I let go.  Unfortunately, I didn't tell him what to do when he was done. (aka when the chick started to move and tickle his hands) 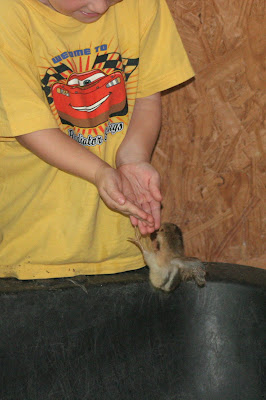 This is how Cuckoo now holds the chicks. 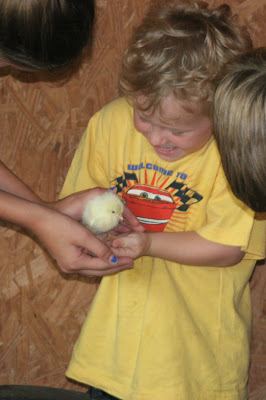 Continuously water, feed, and obsess over the chicks.  They won't be little and cute for long, so get your chick fix while you can. 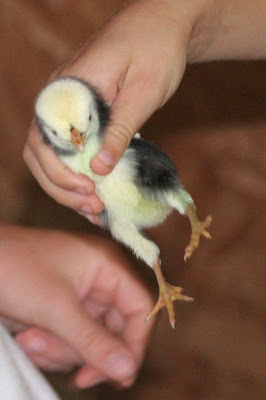