The Madness Is All Up in My March, and I'm Thankful, Week One forty-something or other

Ya'll. Seriously. Not only did I not write a single post this week, I didn't even READ one! I barely had time to flip through Facebook on my phone while I waited for one kid or another to finish one activity or another before collapsing into bed early each night.

Bryan has been out of town since 5:40 am (Yes, capital A capital M. aka in the morning, before the sun and normal people should be up) on Wednesday. It's his annual guys' trip to Vegas for the start of March Madness. (For you non-'Muricans, that's the college basketball championship in which 64 teams are whittled down to one over the course of 3 weeks. Non-stop basketball from Thursday afternoon until Sunday night this first week. (Which makes one wonder why Bryan left so early on Wednesday morning, doesn't it? (It does.))) I'm glad he takes some time to do guy things with his guy friends. He has been working way too much lately, and he needed this break before his brain exploded. I don't begrudge him one minute. (OK, so maybe I begrudge him a few minutes (which add up to a couple of hours) on Wednesday morning, but other than that, not one minute of begrudging.)

And here I am, screaming in at the last minute to let you know I am thankful...

1. for a Monday night get-together with my Bible study. Sadly, one of our group has to move to Michigan in two weeks, and we wanted to get together before her husband had to start the new job this week. Everything has happened so fast, this was our first chance to actually sit down with her to get the details. Bonus thankful, one of our group had a ridiculously hilarious incident immediately before we met, thus giving us a reason to laugh our full heads off instead of crying the entire time.

2. for my dad's continuing recovery from a nasty bit of surgery. He has been in pretty good spirits through it all, even making jokes about there being a sad face in one of the wounds. If you could, we'd appreciate some prayers that everything heals up nicely and quickly so he can get back to golfing.

3. that spring is officially here! 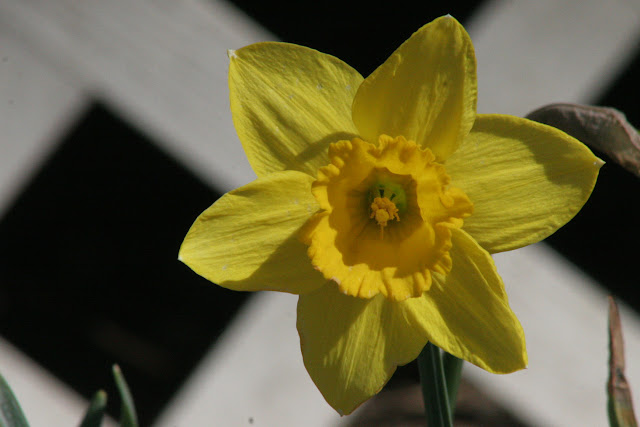 5. for the start of track and field season. For 5 years, Star has been debating running on a track team instead of playing soccer in the spring season. Each year, we decided that if he wanted to play soccer in high school, he should choose soccer. Soccer has skills that need to be learned, but anyone can jump into track at any time. This year is the year. He finally gets to run in high school. The first meet was on Wednesday night. First off, it was so much fun to watch one of my kids actually doing a sport that was such an integral part of my life for so many years. More fun, though, was to see how much Star is enjoying it and how well he is doing. It's going to be a fun couple of months.

6. that high school volleyball games started this week, too. I didn't know until Phoenix started playing 2 years ago that volleyball is a great spectator sport. We were able to see his team play and win two matches this week.

7. that Cuckoo is finally, FINALLY, getting old enough and mature enough and patient enough to sit through a volleyball game or track meet and actually show some interest in such things. Bryan and I used to rock/paper/scissors to see who had to take Cuckoo to whichever game we were going. The boy couldn't make it through 10 minutes of any game. (As opposed to Turken, who loved to watch every minute of any game since the day he was 7 days old.) This week he was put to the test, and he passed with flying colors.

8. for March Madness. I'd explain why it's so much more exciting than regular season games, but I'm in a hurry and I've already spent 10 minutes trying to write this one paragraph.


9. we (and everyone we invited) had a free Saturday to have Turken's birthday party. The poor kid has a terrible time for a birthday. It's always either over Spring Break or Easter. This year, it falls squarely on Good Friday. Yup, poor kid has his birthday on the day we fast and focus on the day Jesus died. We took a gander at the calendar and discovered that we had one completely open day (except for Bryan, who was still in Vegas) just 6 days before his birthday. To make it even better, all he wanted was to have some kids over to play football. And to top off the awesomeness of this party, Turken just happens to have 2 teenage brothers who were happy to go outside and play football with 9 little kids. All I had to do was make lemonade and bake brownies for the brownie sundaes the boys gobbled up after the game. 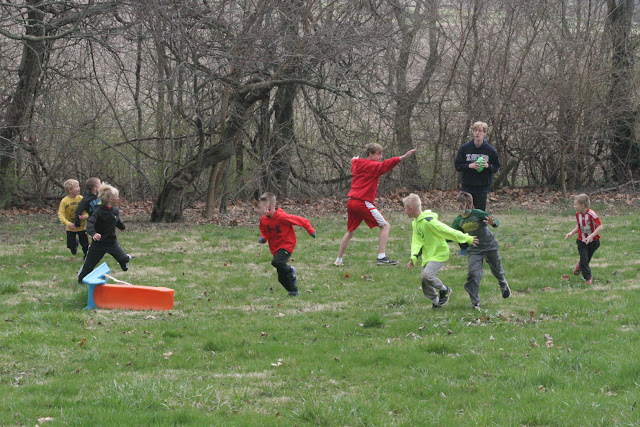 10. Bryan made it home safely.

Bonus thankful!! For my fabulous blogging friends. Within 10 minutes of publishing this, two friends I met through this blog were texting me to let me know I had accidentally used one of the kids' real names. You all are wonderful.

Well, it's not likely that anyone will be finishing a post after me, but just in case, here's the linky if you have one!