The Ups and Downs in a Belated Quick Takes

Normally, this is called Quick Takes Friday, but the link is still open, so I'm doing it today. Lots of little things to tell you from the weekend...


The sunrises lately have been stop-ya-in-your-tracks stunning around here. Have you been seeing them where you are? 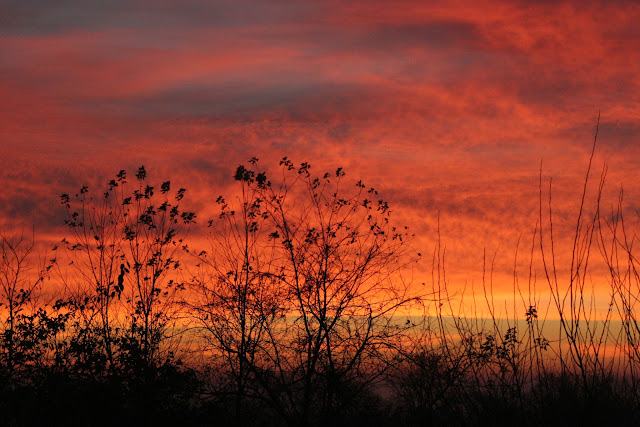 It's only taken about 4 months, but it seems our dogs have come to some sort of truce with the cat. She is hanging out around the house all the time now, and the dogs haven't chased her away.

I ran into one of the parents of one of the several 13 year old boys that spent the night on Friday. He said his son proclaimed that night to be one of the best in his life. From the sounds of it, the game they played outside in the dark (I don't know what it was, but it had the word presidents in it, and it meant a whole lot of running around with flashlights. I heard them and saw them from through the window.) was the best part.

Although the mishap in the morning might remain more memorable.

A raccoon was smack dab in the middle of our driveway. 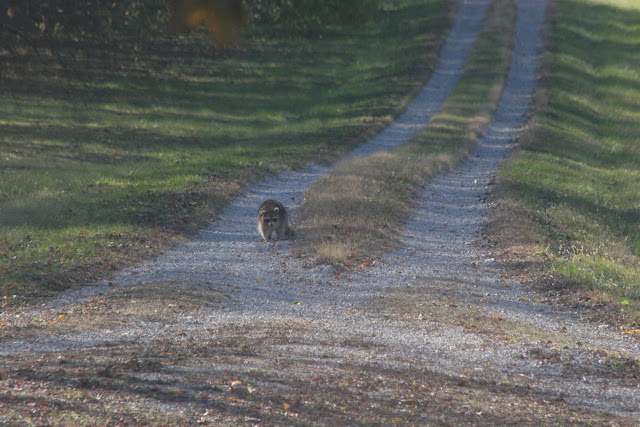 Everyone, including Bryan and the kids, went outside to see why it was there. They didn't get far off the porch when someone started driving up the driveway. (A parent to pick up one of the boys)  Everyone went running towards the drive, yelling and waving for him to stop. The driver was so busy watching everyone, trying to figure out what they were doing that he never saw the raccoon. Thump-thump went the raccoon.

At about 2:00am, I was semi-awoken in the middle of a dream by Bryan, who was moaning that he was hurt. I didn't think much of it, seeing as how I was still asleep and all, until this morning. I asked how he was feeling, referencing the sore throat he's been fighting. He said his throat was better, but his eye was still hurting. That dream I was in the middle of when Bryan woke me up? Someone had thrown a ball to me, and I reached out to catch it. Apparently, it wasn't just in my dream that I reached out. When I went to catch the ball, I nailed Bryan right in the eye.

I will no longer complain about his stealing of the comforter.

I have a turkey cooling on the counter as I type. We have a lot of grocery stores around here, and they are always competing for business. Last week at Meijer, I could get a turkey for 42 cents a pound if I spent $20. I spend $20 within the first 2 minutes of being in the store, so I picked up a turkey. I'll be cutting it up and freezing it to make lots of dinners this winter. I'll probably grab another one today to cook on Wednesday. Bryan was surprise when I told him how cheap it was. He heard there was a turkey shortage and prices were going to be higher this year. How are the prices where you are?

Bryan and I get invited to events (through work) all the time, and he has almost always turned them down. When the kids were younger, it was because the hassle of a babysitter was not worth it. More recently, it's because they require black tie (Bryan didn't own a tux.) or our weekends were full with activities with the kids. Things are changing, though, and we decided to start attending a few things. Saturday night, we went to a black tie fundraiser.

We had loads of fun. 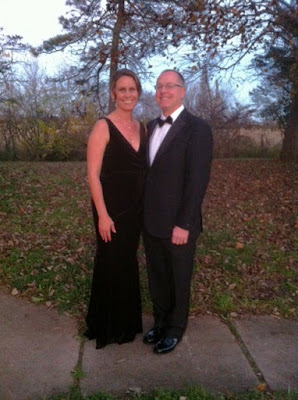 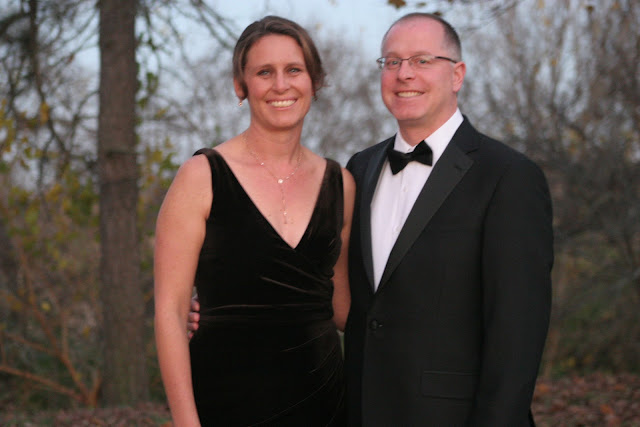 His firm is celebrating 60 years, so the Christmas party is going fancy. We'll be repeating this look, except hopefully a bit more relaxed and less rushed, in three weeks.


Gotta say, I'm glad I wasn't there to have to wash it all off.


And lastly, can you even believe that we're all outside in the middle of November, without long sleeves, not freezing to death?