Forty-Four Years of Being on the Right Side of the Grass, TToT Week 127

It was a good week for a birthday.

One good thing about Facebook is it lets everyone know about upcoming birthdays. The many, many birthday messages I received made it a happy day online! (Even better when a friend writes a post all about birthdays and includes me!)

So, my thankful list this week has some mentions of my birthday, but there's more. Lots more!

1. All of the paperwork and background checks have finally been completed, so I was able to volunteer at a local public school twice this week. As I've mentioned before, the southside of Indianapolis has one of the largest, if not the largest, populations of Burmese refugees in the country. More than half the students in this particular school have parents who don't speak English, so I go in and simply chat and read with some students who are having trouble learning to read and write. It is exactly the type of thing I want to do with my time.

2.  I am thankful to live so close to a growing, popular big city. We live in the boonies, so we get to enjoy the peace and quiet of nature, but close enough to the city that we can take advantage of all the things going on there.

3. Things like national gatherings... Buttercup was able to attend the National Catholic Youth Conference. 25,000 teenagers from around the country (even from Hawaii!) descend on Indy every two years. It's a heck of a lot cheaper for kids from Indy, seeing as how they don't have to fly or stay in a hotel. They don't lose out on the experience, though. Instead of coming home to sleep, our parish's kids and chaperons camp out in the gym of the high school.

4. There are lots and lots of restaurants from which to choose on those rare occasions that Bryan and I get to go out. Last night we enjoyed a meal at an 80 year old Italian restaurant downtown.

5.The opportunities to be entertained are plentiful. For my birthday (yesterday!) Bryan and I went to see Martin Short and Steve Martin perform. We laughed and laughed throughout the show.

6. On Friday, I had a nice, long 2 hour lunch with Kris. (Remember Mrs. Always Random??) She and I have birthdays within a week of each other, so we try to get together to celebrate each year. This year all the celebrating we could swing was lunch and some chocolate chip cookies, but it was so nice to visit with her and the sweet little boy her family fosters.

7. The weather was great, until it wasn't. The beginning of the week was lovely, but by the end of the week, there was some nasty, cold rain coming down. I didn't have anywhere to go until school pickup on the worst day, so I stayed home under my blanket.

8. Bad weather means I can get stuff done in the house, but I hate to clean, so I spent the time catching up on printing photos. I have spent hours and hours and hours going through the photos on my computer, choosing the ones I want printed, and downloading them to the photo site to print. I have gotten all of 2012, half of 2013, half of 2015, and all of our vacations since 2012 done. Now to get them into albums...

9. I spent all of those hours getting as many printed as I could, because I had a 40 percent off coupon that expired yesterday. When one is printing almost 1,000 photos, one could really use that 40 percent off. To help, there was a mix-up with one of the orders, so the clerk gave me an extra $10 off, and another clerk gave me a $5 off coupon. I'm getting these suckers done for a bargain!

10. The first snow of the year was on my birthday. 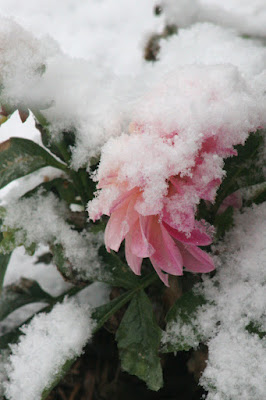 Normally, I'd complain about such a thing, but the flakes yesterday were beautiful through the window. 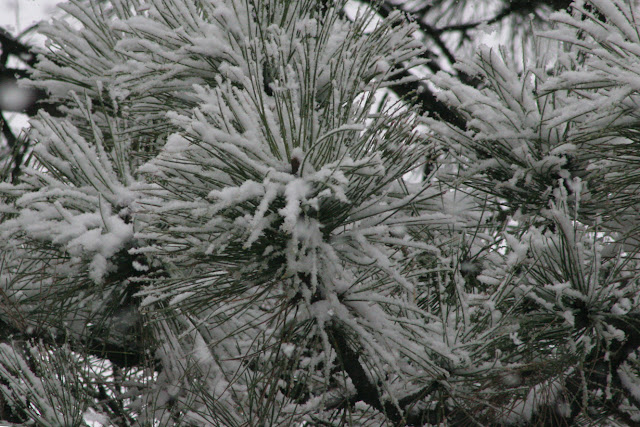 Cuckoo was ridiculously happy about the snow. He had his snowpants and boots on before the flakes were even hitting the ground.


But that simply meant he was ready when the snow really started coming down. 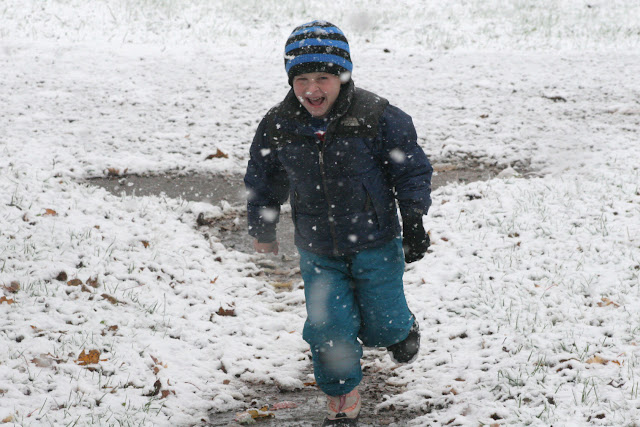 And best of all, it all melted before Bryan and I left for our evening out. If it was going to snow, at least it was the best kind of snow.

So, how was your week? Did you get any snow in your neck of the woods?