Electricity, with our ability to harness it, move it, and use it the way we want, has got to be one of the biggest discoveries that has changed the life of humans on this earth.  We have come to depend on it so much, that we are at a loss as what to do when we no longer have it.

Major storms blew through many times this week.  On Monday, Buttercup and Phoenix's school was on a two hour delay because a late-night storm took out a tree and the power to their school with it.

One Wednesday, the school which the other three kids attend was almost dismissed early because the power had gone out during a storm right after the school bell rang.  They were without power for almost four hours.  Twenty minutes before the principal sent everyone home for the afternoon, the power came back on.

I'm pretty sure our pioneer ancestors are laughing at us from their perches up in heaven.

Electricity is wonderful.  It allows us to stay cool in the summer and keep our meat frozen until we remember to take it out to thaw for dinner.  We can stay up well past sunset to read or watch TV or get lost in the internet for hours.

And yet electricity is a dangerous thing.  When lightening is seen, people scurry from the soccer fields and metal bleachers, afraid they will be hit.

And sometimes, no matter how careful we are in harnessing that electricity, things can go wrong.

On Wednesday afternoon, one of our first grade teachers lost all of her possessions when her house caught fire. An electrical fire. Fortunately, she was still at school, and her husband and daughter were not at home.  When the firemen arrived, their dog was inside and unconscious.  The firemen pulled the dog out and resuscitated it with a new (electric) machine donated to the fire department for just such a circumstance.

Despite the loss, there are many thankfuls in the entire situation.

Less than 24 hours after the fire, this teacher was at school talking with her first graders and letting them all know she would be just fine.  If she can be grateful in her circumstances, for Pete's sake, how can I not be grateful this week?

1.  The chicks are here!  All but one arrived nice and healthy, so we have 26 new girls.  Hopefully.  We'll see when they get older if there are any missexed birds.


2.  Mother Nature finally subbed in Heat Miser and warmed us up to summer temperatures just in time.  If the temps would have stayed the way they had been, those chicks would have had to live in our basement with a heat lamp until they were a bit bigger.  We've done it before, and we do not want to do it ever again.

3.  I actually had a day mostly free in which I could can and freeze some potatoes from the garden.

Most people look at me funny when I say I can potatoes.  "What do you use them for?" they ask.  Mainly, three things.  1. Quick mashed potatoes, 2. Quick potato salad, or 3. Quick camper's casserole.  (Heat up sliced smoked sausage, add drained can of green beans and drained can of potatoes and cook until hot.)

The potatoes that don't fit in the 7 quart jars I'm doing that day get cooked and made into mashed potatoes and put in the freezer for another day.

4. Normally I have someone in the kitchen with me peeling all of those potatoes, but with only Cuckoo in the house (watching PBS and learning about a wubble bubble) it was quiet and lonely.  I used my iPad to pull up Brian Regan's stand-up shows and laughed my way through the tedious process.

This man is one of the funniest people to ever walk the earth.


5. A little while ago Lizzy Allan posted a recipe for Bloody Mary Pasta.  I saw it and said, "Self, I'm tired of making pasta with only alfredo sauce or Prego.  We have everything for this recipe either in our garden or on our shelves, so you should make it."  I made it for dinner tonight, and it was yummy.  And I got to use up the last four jars of tomatoes I canned last year.  The only thing I did differently from her recipe was use my hand-held blender thingy to make it a smooth sauce.  My kids wouldn't have touched it if they could actually see the bits of tomatoes and onions in it.

6.  I got home from a soccer tournament last weekend and found this on our little kitchen table: 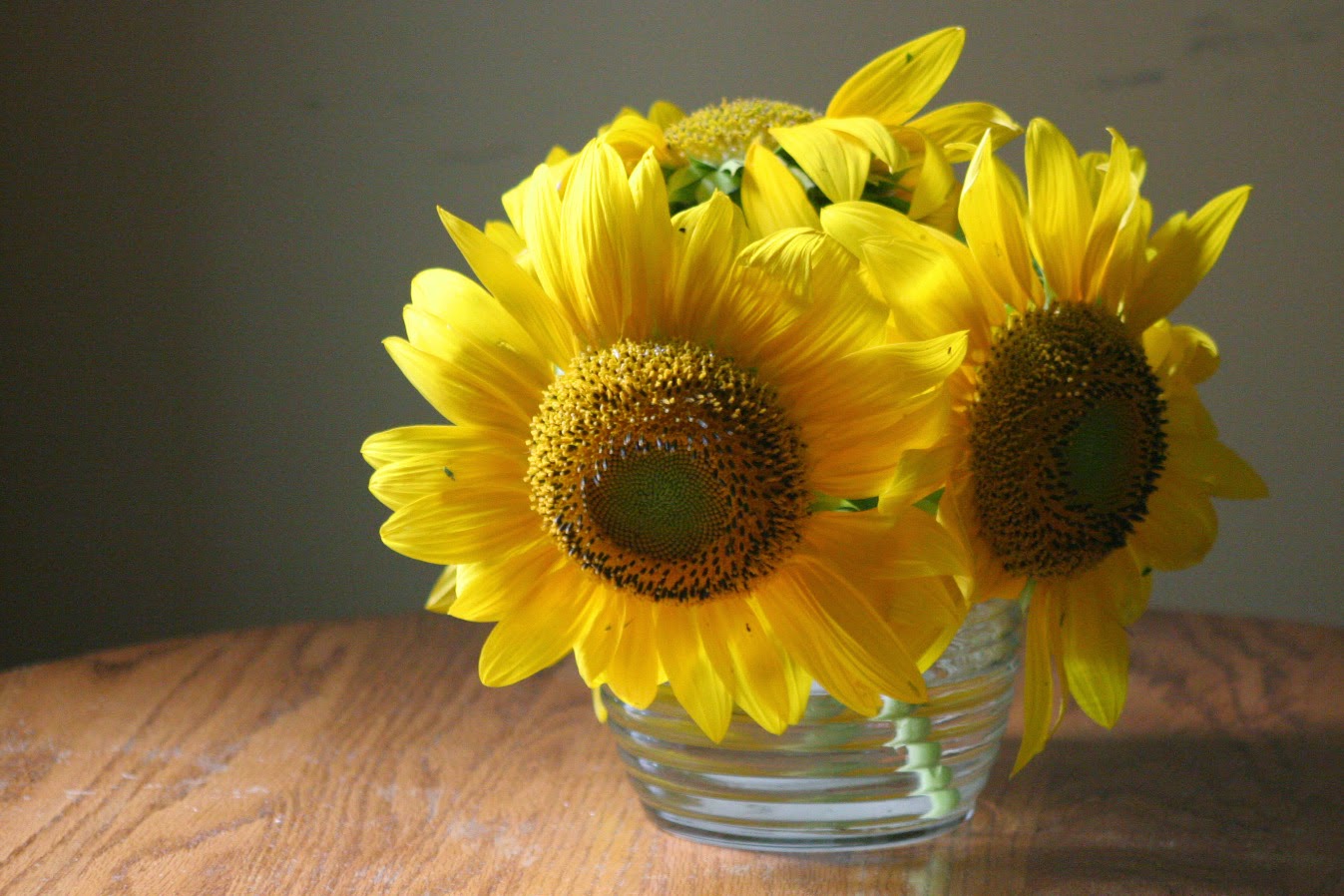 Fresh from our garden.  The shocker is that Bryan actually brought them in and put them in the vase like this.  All by himself. There was also a dozen roses on the kitchen counter he had purchased earlier in the day, but the sunflower arrangement was a much bigger surprise.  That man loves to make me happy with colorful flowers.  No special occasion needed.

7.  For the first time in my life, I just spelled "occasion" without the aid of spellcheck or a dictionary.

8.  All of the big kids have had their first soccer games of the season.  They all did very well.  It's going to be a fun season.

Even if it rains. 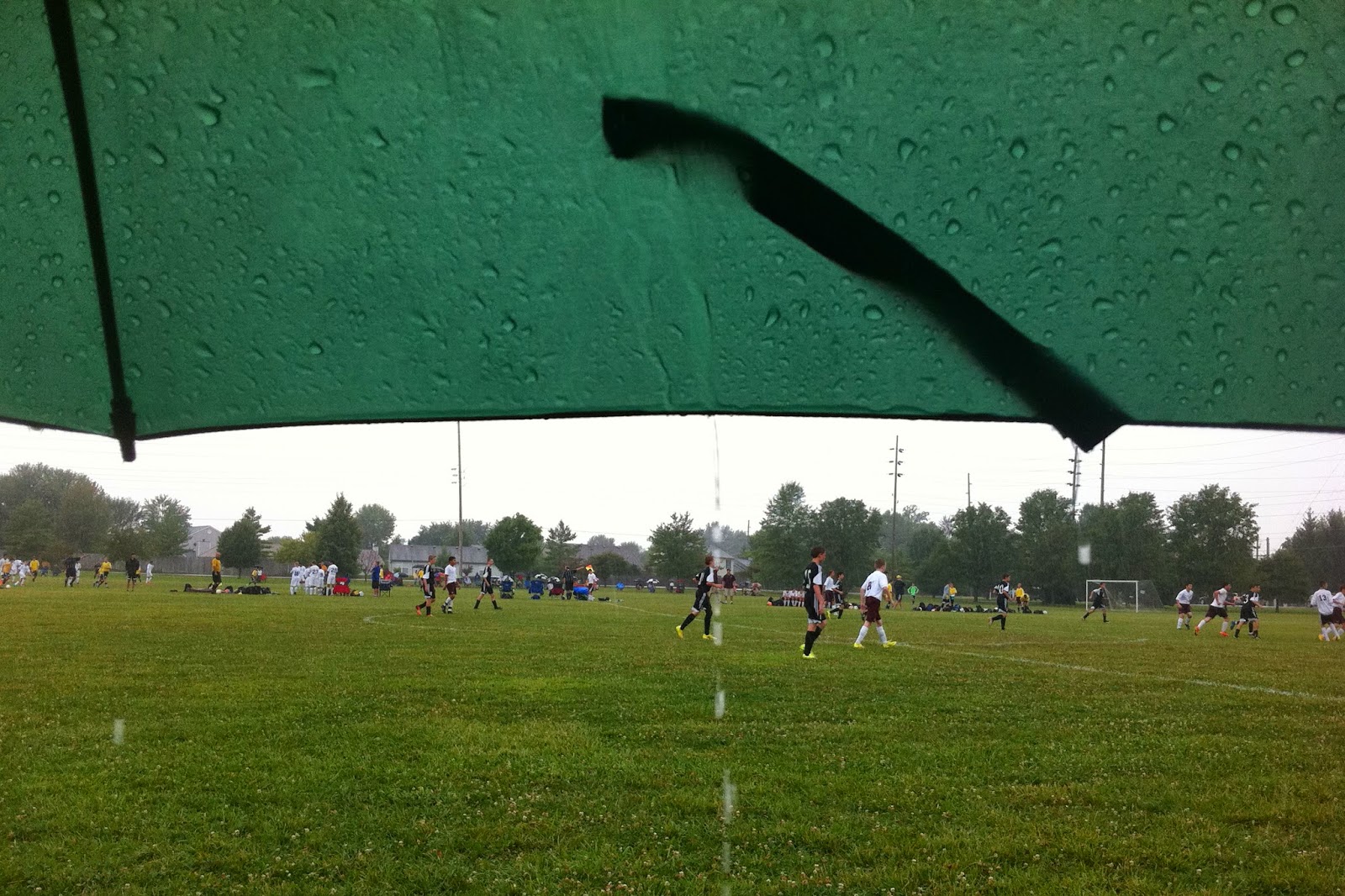 9.  The first week of school, the germs were flying through the school.  All 6 of my kids have had a cold this week.  Fortunately, they all had the same pattern of one day sore throat, two days of runny nose and cough, one day stuffy nose, then done.  Giant and Cuckoo are on the tail end of it.  I will not discuss Bryan and my health, seeing as how I don't want to jinx anything.

10.  Finally, and most importantly, today (Saturday) is Cuckoo's birthday.  My baby is 5 years old!!  I cannot wrap my brain around the fact that I don't have any little, little kids in the house anymore.  Thankfully he is the smallest kid we've ever had, so he doesn't look like a 5 year old.  I don't think I could have handled it.

This child brings more light to more people than I could ever count.  He is the one and only of our children who genuinely likes to talk with people, and he does it constantly.  And people love it. Don't take my word for it.  I have no doubt Kris will back me up on this one. 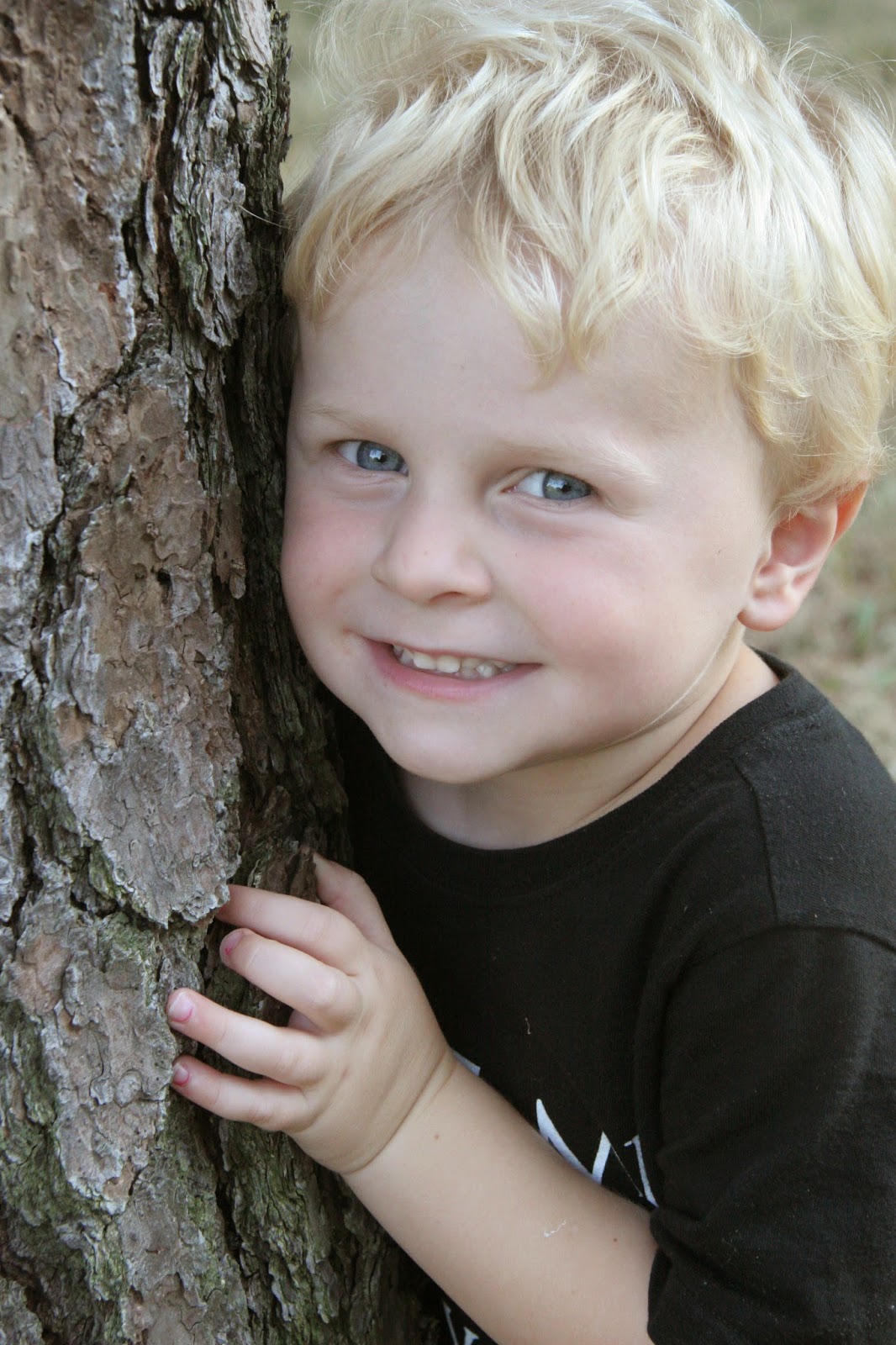 And for those of you wondering, he will not be getting a wubble bubble.  We looked into it and found that they pop very easily, usually within the first 15 minutes.  Um, no thanks.  He'll be getting something he will love, though.  Have no fear.  Photos will come eventually.

Your turn!  Besides electricity and a roof over your head, what are you glad to have this week?