Miracle Cures, Aerial Doesn't Mean Airplanes, a Few Too Many Photos, and a HAPPY FIRST BIRTHDAY TO THE TToT!!!, Week 50*

*We are aware that there are 52 weeks in a year.  We skipped two weeks back at Christmas when everyone was traveling and celebrating the holidays.

Don't worry about the actual date and number.  Just say happy birthday and enjoy the cake.


If you go to Lizzi's blog (She's the one who had the idea, started the whole hop, and does all the work to make it happen each week.) you can see the cakes of all the co-hosts as well as the lists we made of the reasons for which we are grateful for the TToT.

Let's get to my Happy Birthday Ten Things of Thankful list, shall we?

1.  I spent 3 weeks on crutches.  At week 2, I couldn't imagine that I'd ever walk again.  There was just so much pain every time I tried to straighten, bend, or put weight on my leg.  I didn't know if the pain was bad pain (as in Stop!  You're making the injury worse!) or good pain (as in I know it hurts, but this will help you heal.).  One hour with a physical therapist has changed everything.  Physical therapy is the bomb!  In only two days time, I have been able to get my leg to almost fully extended.  I am walking, with absolutely no need of crutches.  When I went back for my second appointment, the therapists were all floored by the progress I had made in only 36 hours.  It's all in the motivation.  As I suffer through the pain, trying to stretch my leg, I just keep chanting, "I will walk in England.  I will have fun in England."

2.  On Tuesday, Turken had his follow-up x-ray and received the all clear.  His collar bone was healed and he could go back to playing baseball.  Five hours later, he slipped on the stairs and bumped down about 5 of them.  Somewhere during the fall, he hit his arm.  He cried and cried that his shoulder hurt.  Even that night, in his sleep, he cried. The next day, he refused to use his arm.  Back into the sling he went, with an appointment to get another x-ray on Thursday.  I sent out a Facebook request for prayers for the poor kid.  On Thursday morning, he woke up, came downstairs, and said, "Look!  I can raise my hands!  It doesn't hurt anymore!"  He was suddenly cured, just like that.

3.  The local fire station had a sign out front that said, "Aerial Dedication Saturday.  Everyone welcome."  At first we all thought "Will there be planes involved?" and decided to go.  No planes, but lots of things I had never seen before. The fire station had just purchased a new aerial fire truck, and it needed blessed, dedicated, and celebrated.  With cake.


At one point, they gathered everyone for the blessing and dedication.  Then...


The firemen then pushed the truck into it's bay in the fire station.  I am so glad we decided to go to this community event, even without the planes.

4.  I don't exactly see eye to eye with Star's coach, and I haven't hidden that fact.  In truth, I behaved poorly.  Star likes playing for this team, despite the things that have happened, and I should have kept my mouth shut.  When I finally came to my senses, I apologized to Star and promised not to say another word.  He accepted it without a bit of attitude.  Actually, after I apologized, we stood there looking at each other for a minute before he said, "This is awkward."

5.  The Indy500 is always on Memorial Day weekend, and several years ago Bryan started a tradition to go with it.  He's fun like that. The night before the race, we each take turns picking the names of the drivers out of a hat.  While we listen to the race on Sunday (because we can't watch it live in Indy), prizes are given away.  Cuckoo chose silly string for his prize.  The following photos show that the big kids will do just about anything for that adorable little boy.


6.  We've had lots of medical appointments lately, be they physical therapy, yearly checkups, or x-ray appointments.  Having 4 kids old enough to babysit or stay home alone has meant I don't have to drag all 6 kids to these appointments.  No one needs the stress of 6 kids being drug to appointments.

7.  When my three (full) siblings and I were growing up, "I'm going to find a church parking lot," was not a phrase we wanted to hear.  It meant our shenanigans/arguments in the moving vehicle had pushed my mom or stepdad over the edge and some discipline was going to be dealt out.  Why church parking lots, I don't know.  Perhaps they thought a bit of Godliness would rub off, or perhaps it reminded them not to kill us.  (Mom?  Want to shed some light?)  Now that I have kids, I don't specify church parking lots when they act up in the van.  Any partially empty lot will do.  While I still do tell the kids we'll be going to the church parking lot, it's for a very different reason. 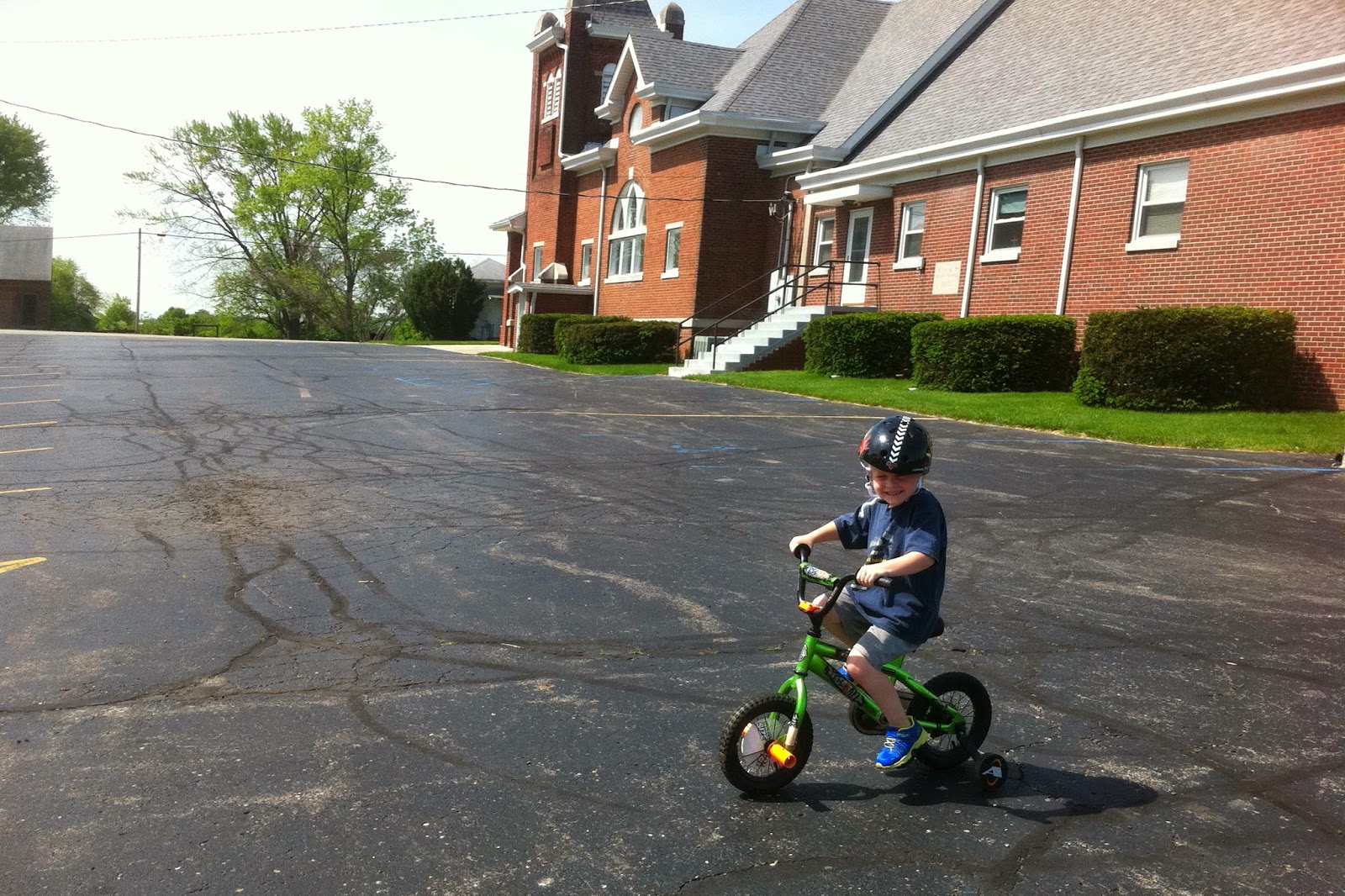 8.  We rarely go to the movie theater.  It's just too expensive, and we don't usually have 3 hours to kill at the right time for the right movie.  Fortunately, last weekend we had some time and the dollar theater had the Lego Movie showing. (Cuckoo went with Bryan to pay for the tickets.  Afterwards, Cuckoo apparently knows the high prices of taking 8 people anywhere, because he yelled to me, "It was only 8 dollars!  For all of us!) I always wondered how they would make a movie about Legos.  It was better than I thought it would be.

9.  A friend called yesterday saying she had some egg cartons for me and needed to talk with me about something.  We have three games on Saturday, but all in the afternoon, so I was able to meet her for breakfast this morning.  I'm so glad I could be there for her.

10.  One week of summer break is behind us.  I love late spring/summer.  The kids get to sleep in (until 9.  I can't handle people in my house sleeping all day.) we get to play games and go to fun places, and work gets done.  We all worked for about an hour and a half one day to get the garden in tip top shape.  Oh, and with late spring comes late spring harvest.  The strawberries are here! 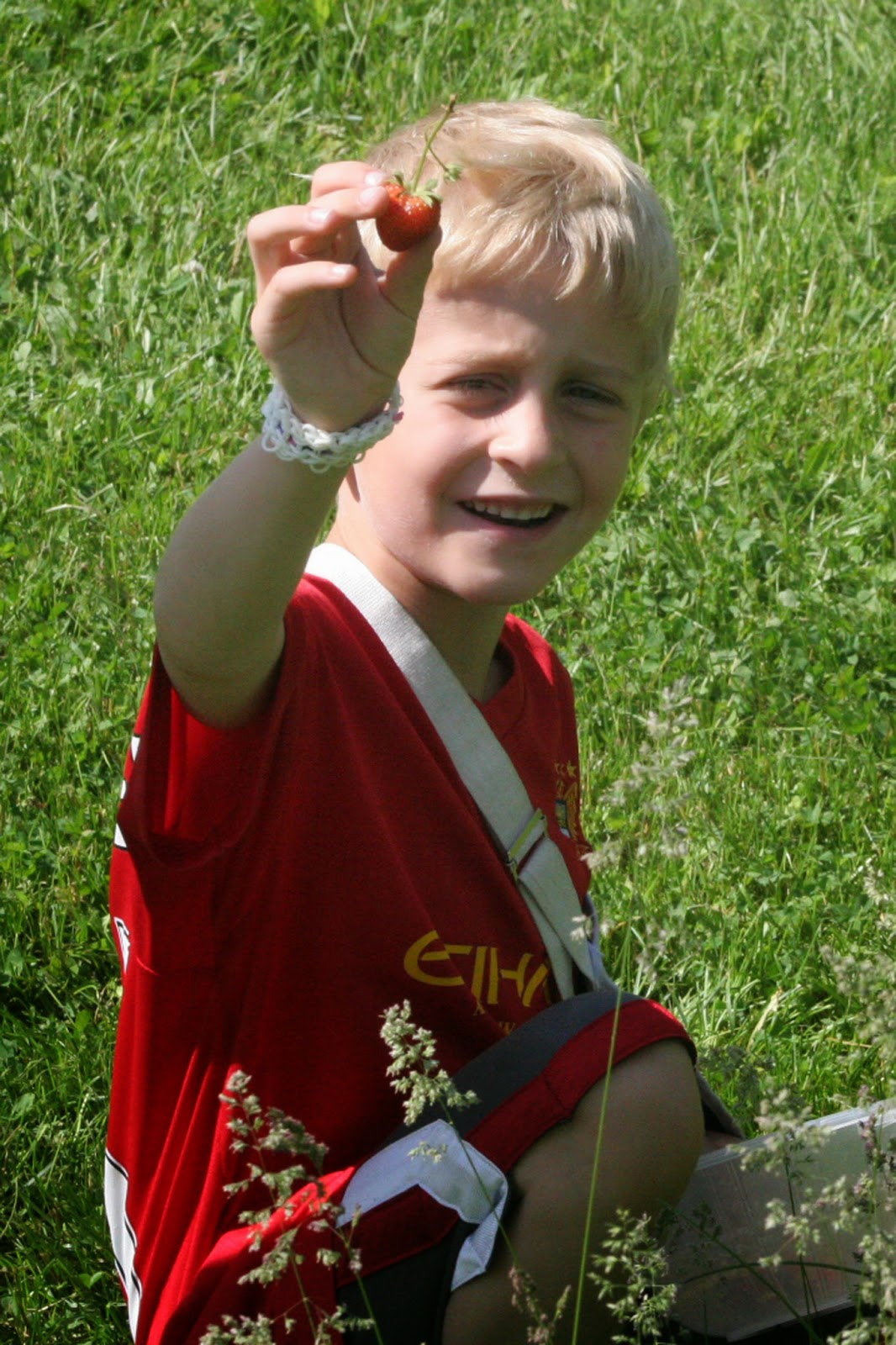 Now, it is your turn.  If you link up every week or have never linked up before, this weekend is a great day to join in.  Not only do we have a sparkly new button for the occasion, Lizzi has a contest going with a prize to go along.  Jump in.  You won't regret it! 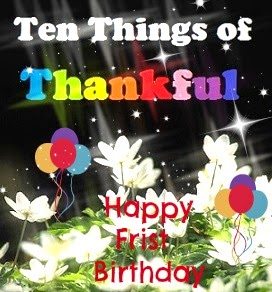