The Final Vacation Post!! 19 Things We Learned While on the Road

Because an even number just isn't quirky enough.

1.  Cuckoo is a "slow chewer".  We know this because every single day, as the kids begged and pleaded with him to "just finish eating so we can leave already", Cuckoo would get frustrated and holler, "I'm a slow chewer!"

2.  But apparently a fast blower.  Every time a hot meal was placed in front of him, there would be a flurry of activity as he used the entire top half of his body in an attempt to bring the temperature of his food down. 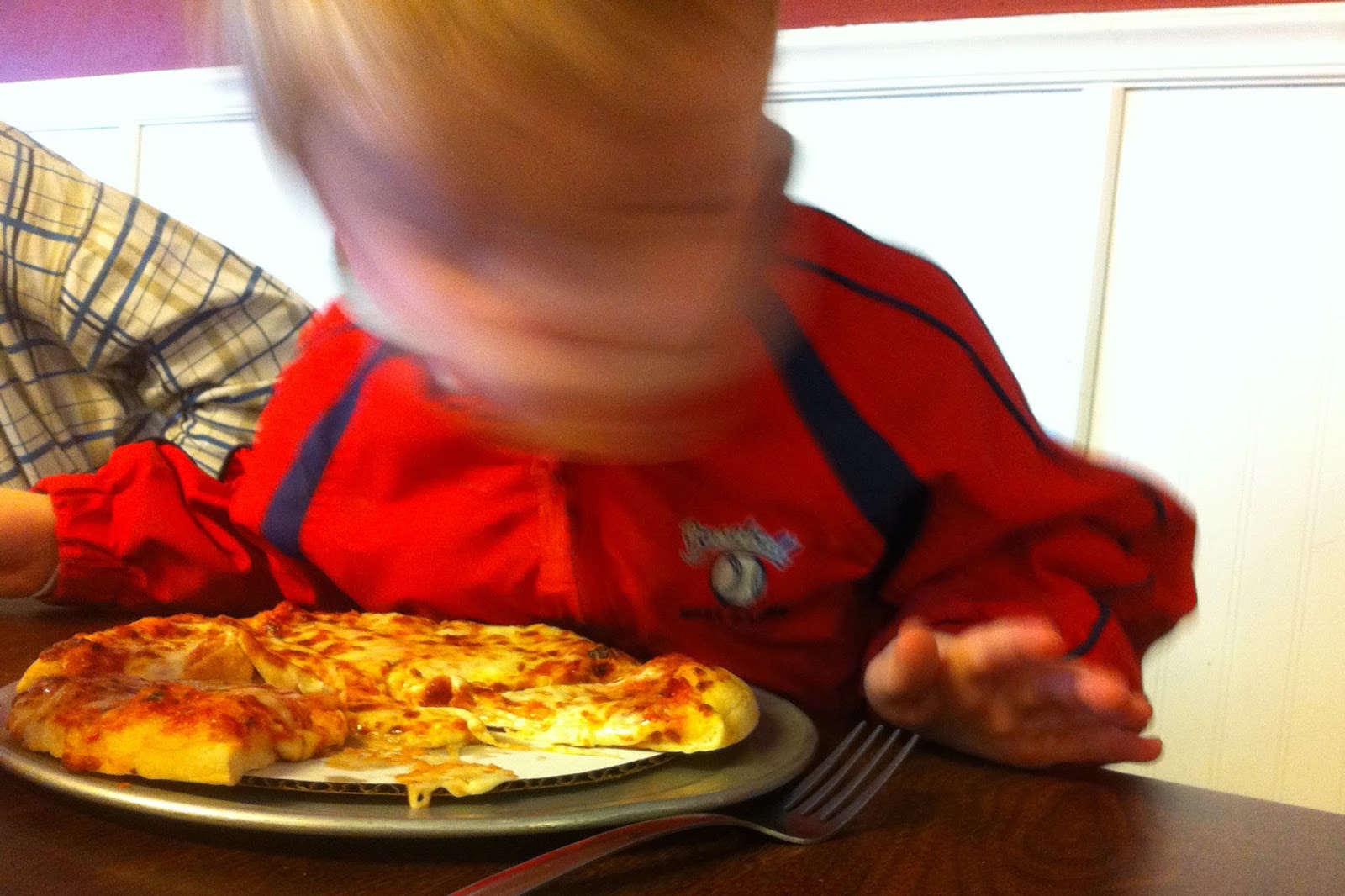 3.  My kids can be bought with an indoor pool and a couch.  When we were looking for hotels, we chose to stay in the ones which were mid-priced.  With my need to rent 2 rooms each night, we wanted to avoid the pricier hotels.  However, we didn't want to go too cheap and risk finding a gigantic knife stuck in a wall and filth all over the bathroom.  On our 4th night, we tried a Comfort Inn, which happens to be suites instead of single rooms.   The kids were completely impressed.  When they found out it had an indoor pool, they lost their minds.  (No other hotel had one.)  Swimming after breakfast was in order.  As was getting another Comfort Inn for the next night. 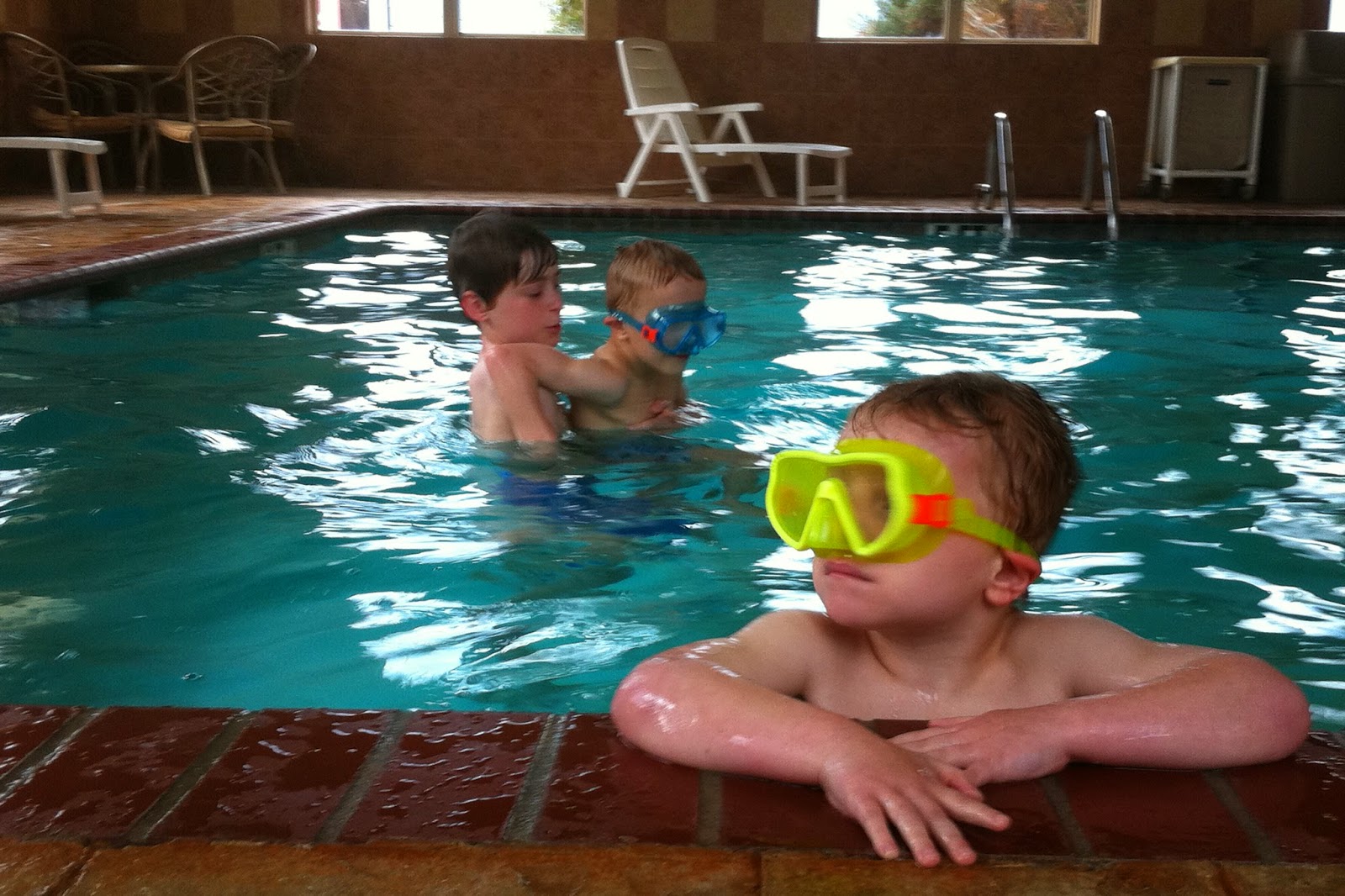 5.  State park trash cans are both animal- and child-proof.


6.  It takes complete concentration for boys to simply walk along a path.  Staircase banisters cry out to them, "Slide down me!"  Rock walls beg of them, "Climb up here and walk on me!"  Barrier poles taunt them, "I bet you can't jump over me!"  A mother of boys must constantly be on the lookout for danger.

7.  She must also keep an eye out for elderly people.  Boys don't seem to notice when others are around them when they are jumping/running/climbing/rolling/falling/skipping/anything but walking in a straight line.

10.  Surprisingly, Sonic was a close second in the take over the world race.

11.  Children are easily amused by things we as kids considered normal.

Bet you can't guess what has them all so enthralled.  It is the one and only thing they actually fought over this entire trip. 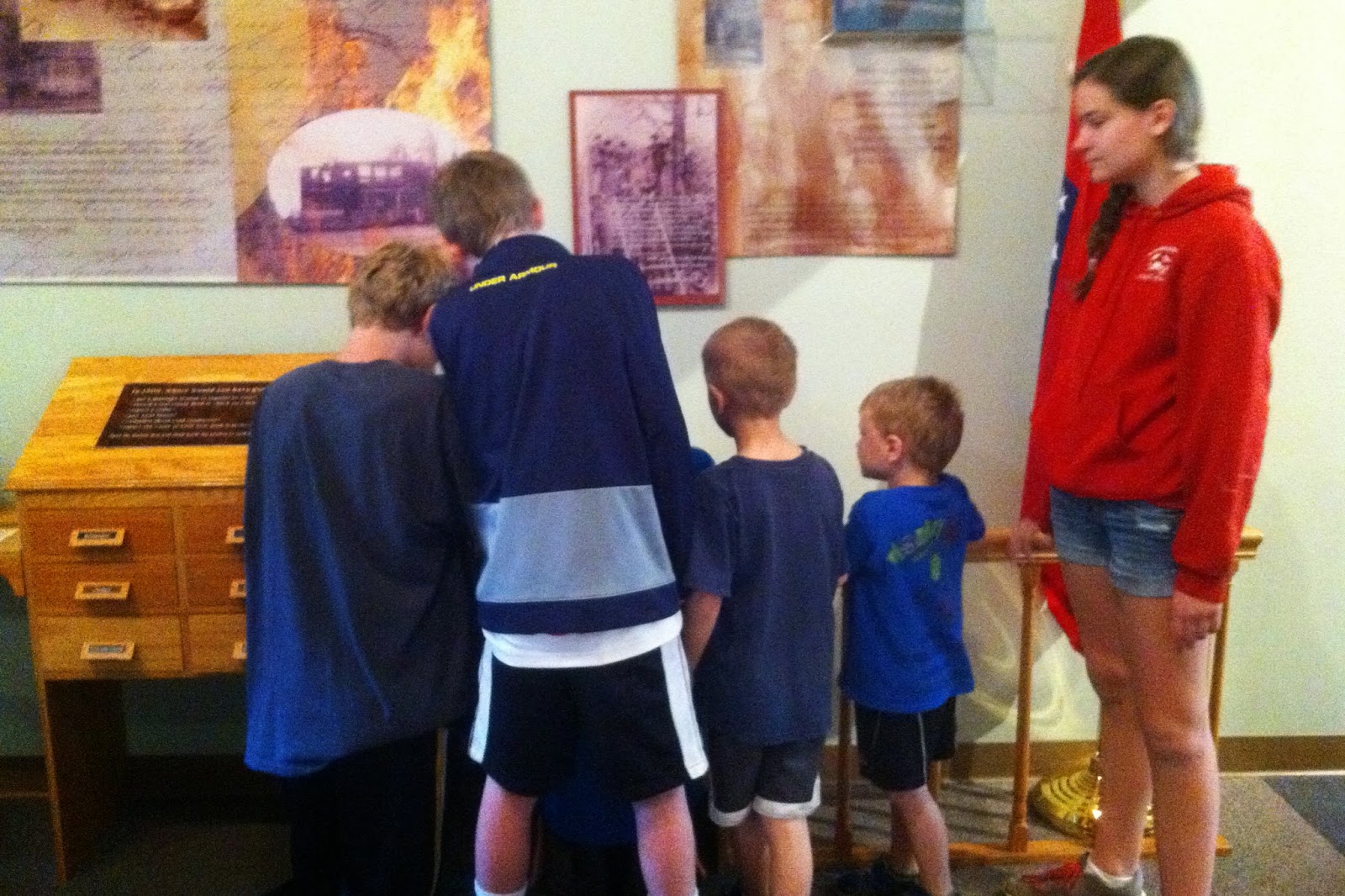 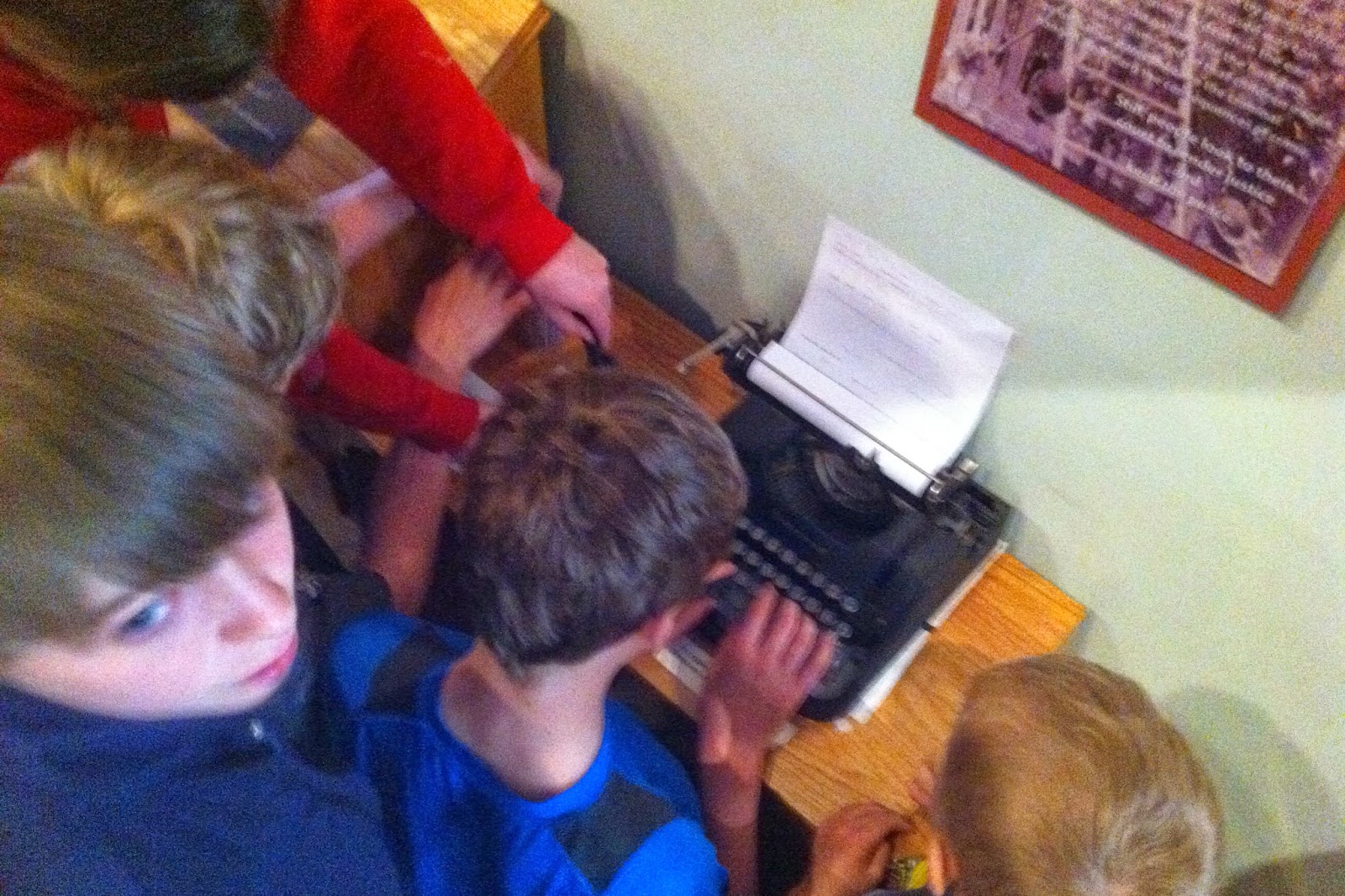 12.  Museums can be found in the oddest of places.

14.  Small towns still have the playground equipment of our generation.

15.  Cherry bumps and the premature jumping off of the teeter-totter by one's teeter-tottering partner still cause pain and injury.


16.  Phoenix cannot be trusted with reconnaissance. We decided to hike up a hill in Hot Springs to the look-out tower.  My mom chose to drive up instead, so abandoned us at the bottom.  After she left us, we came to a sign for the trail 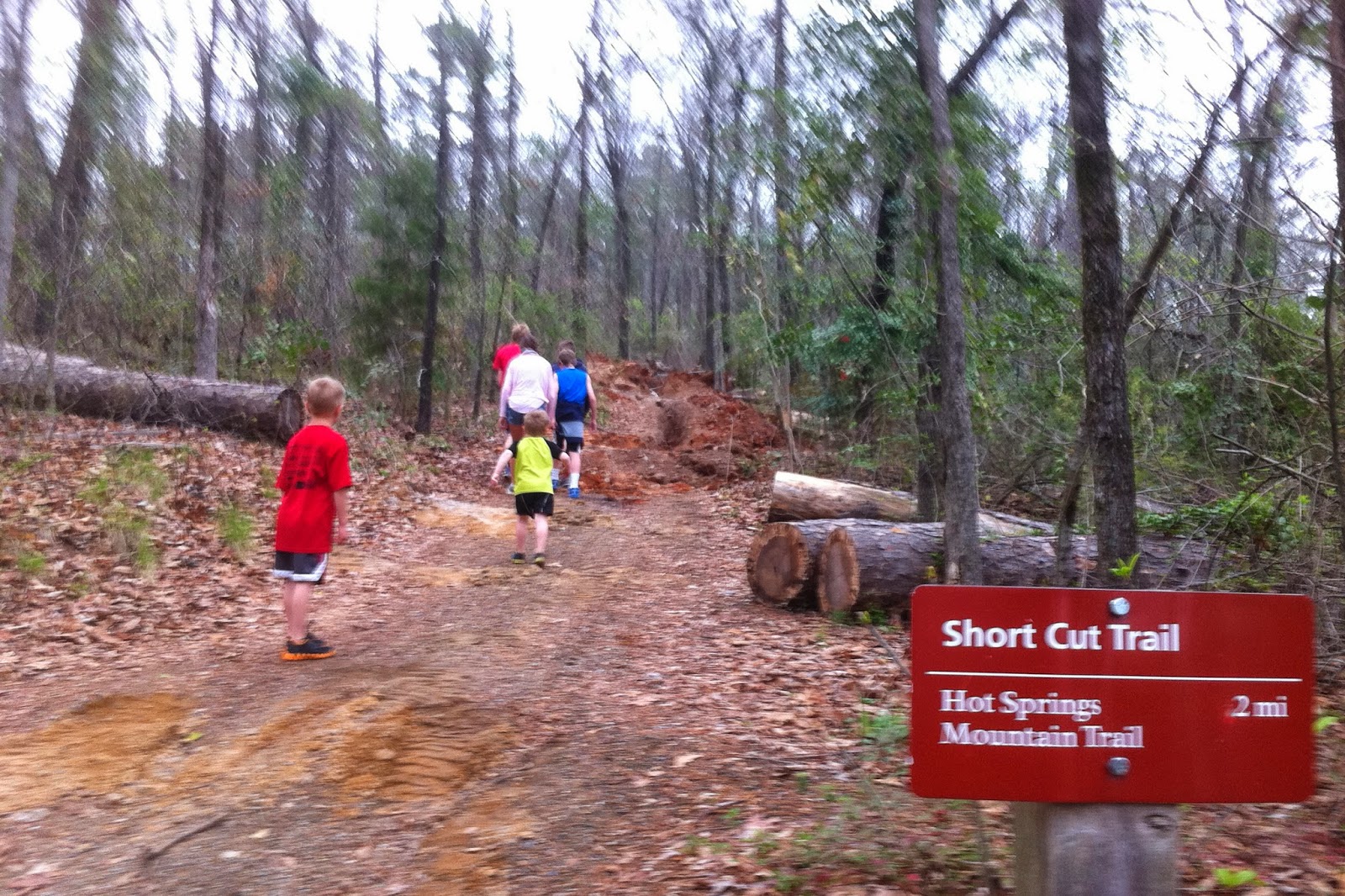 and some construction on the trail.  I sent Phoenix up ahead to scope it out for us.  He came back to report that the construction seemed to end just ahead, so we carried on. 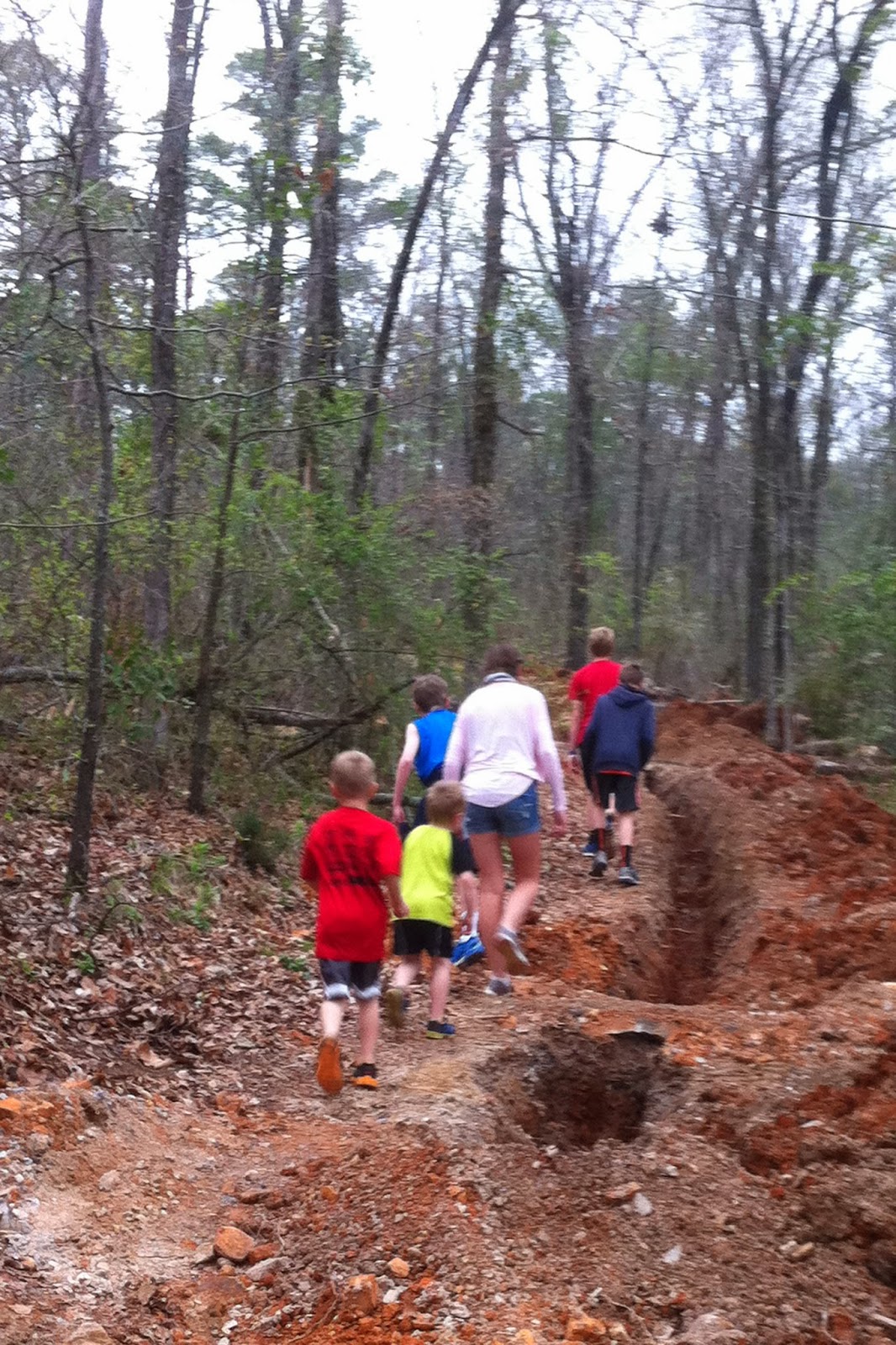 17.  Park rangers/workers should really assume that hikers in their park have no common sense.  When we got to the top of the trail, we found this: 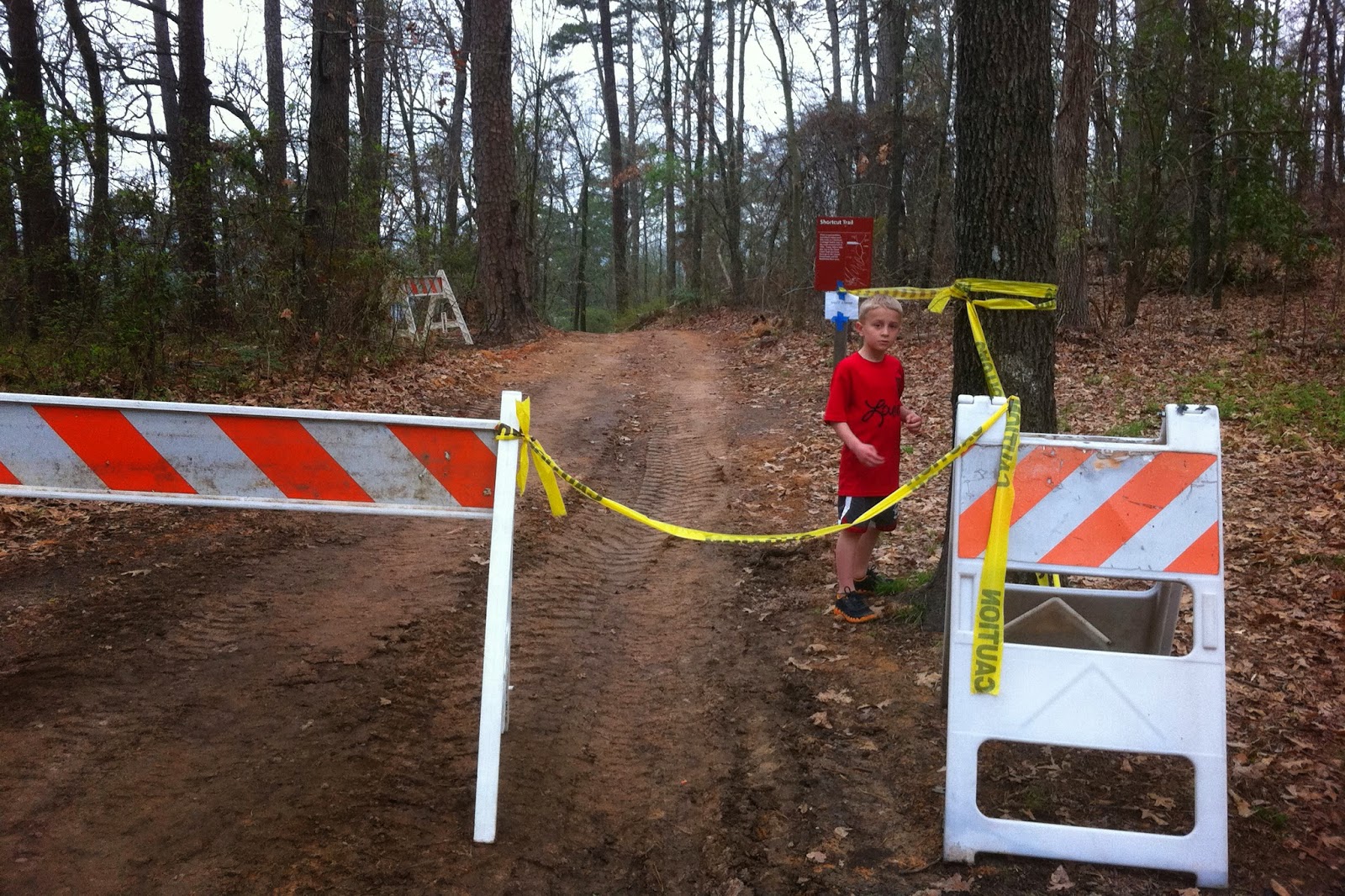 The top of the trail was blocked off.  We can only guess they didn't do the same to the bottom, because from the bottom, the construction was clearly visible.

18.  Small towns are very proud of the famous people who were born in them.  We know this, because they all have signs telling passerby which famous person was born there.  The most shocking to us was this one:

It says, "Kennett:  Birthplace of Sheryl Crow".  She was born in the middle of nowhere!

19.  And lastly, the strict TV and video game limits I have always had for the children are paying off.  Regardless of where we were, without my help, the kids came up with games to entertain themselves.  Even in a plain, boring shelter at the top of a hill, waiting for my mom to drive the van up, the kids saw a chance to play a new version of hide-n-seek.

You trooper, You!  You made it through the last of the vacation posts!  Give yourself a round of applause!

We will now return to our rarely scheduled posting.

Just in time, too.  The new pigs are coming soon!

Every week, Julie hosts a "What I Learned This Week" link up.  I'm joining in!