Why Did the Chicken Climb the Tree?

In the kitchen, getting dinner ready, I saw a flash of white fly by the window, followed closely by a blur of black running.

I ran outside, four kids hot on my heels, expecting to pry Roy the Wonder Dog off of a chicken.

Instead, I found this: 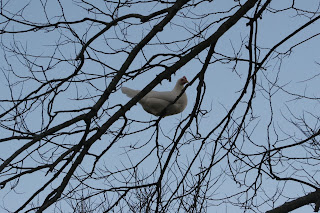 Sweet mother of all craziness, how were we to get that chicken down?

The sun was setting, and we couldn't leave her to roost up there.  It was supposed to rain soon.  Plus, we couldn't keep Roy tied up until she decided it was time.

So, Phoenix, being the tallest at our house, was told to take care of it. 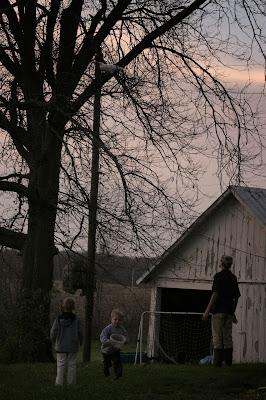 After evaluating the situation, he decided shaking the branch with another stick would be the best plan. 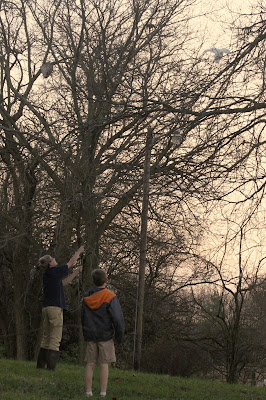 So, he tried throwing walnuts up there to scare her down. 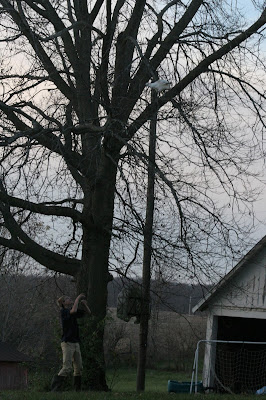 That didn't work either.

Basically, she just sat and stared at him.  When she was good and ready, she simply flew off. 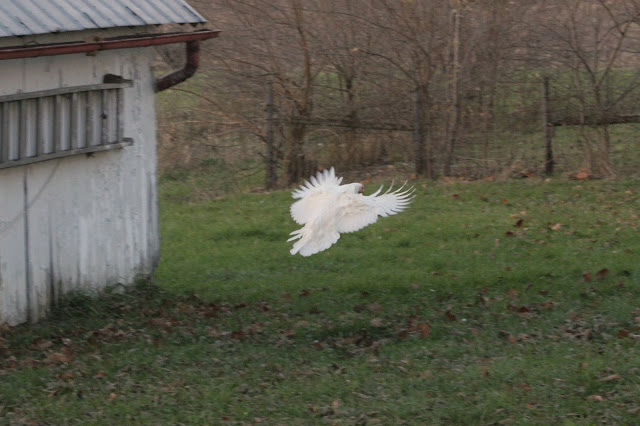 We chased her back towards the coop, only to find mass pandemonium. 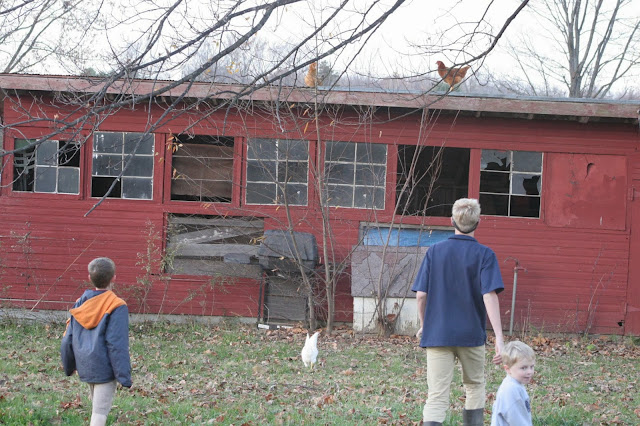 Two chickens on the roof, and more in the western holding pen.

When we chased the white one to the back of the coop, the two came off the roof 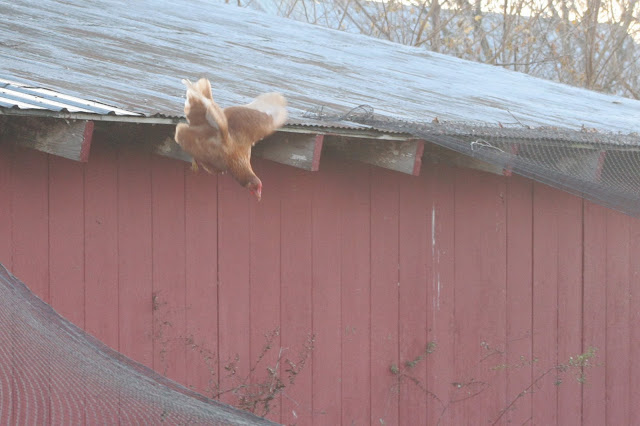 and Phoenix was able to catch the tree climber. 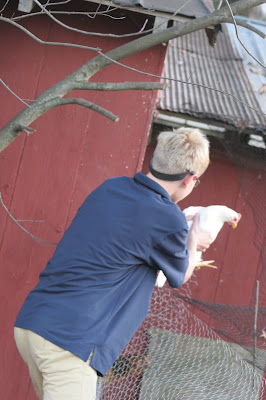 And then we were off to grab the ones in the holding pen. 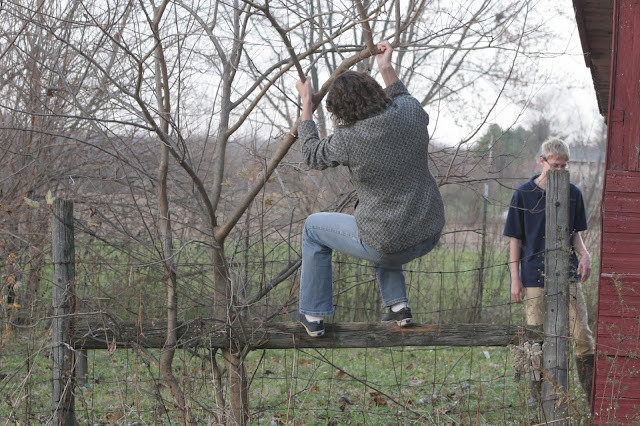 Once all were back where they belonged, Phoenix went to feed them.

Because the child who normally feeds the chickens (not Phoenix) failed to mention we were running low on chicken feed.  As in there was no chicken feed left.

The chickens were hungry.

So, I made them some oatmeal like my new chicken farmer friend wrote about, and made a trip to Tractor Supply for some food for them this morning.

God as my witness, my chickens will never go hungry again!  (Scarlett O'Hara fans out there?)

And if they do, I'm not chasing them down.

Mostly because I'm 42 and getting way to old for this crap.